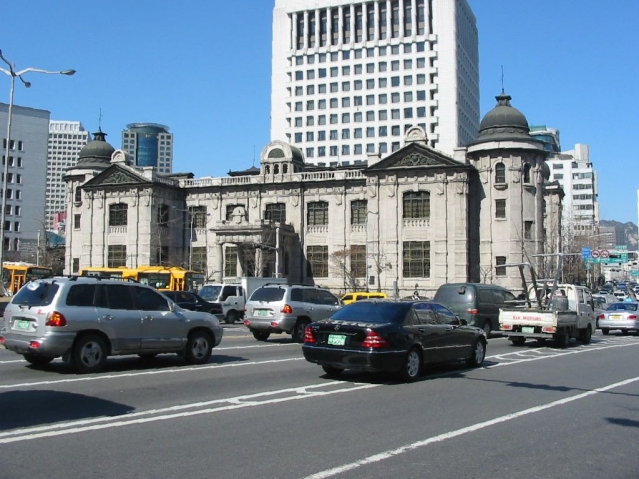 Bank of Korea (Pic Via Wikipedia)

South Korea's GDP contracted 1.4 per cent in the first quarter of 2020 compared to previous three months due to the impact of the coronavirus pandemic, according to data published by the Bank of Korea (BoK) on Thursday (23 April).

This is the lowest decline since South Korea contracted some 3.3 per cent in the fourth quarter of 2008 due to the global financial crisis, reports Efe news.

The South Korean economy grew 1.3 per cent in the first quarter based on year-on-year pace, the weakest since the third quarter of 2009, when the GDP grew 0.9 percent.

In South Korea, where the coronavirus began to escalate in late February, making the Asian country the second most affected in the world, the pandemic hit consumers and exports hard in the first three months of 2020, as shown by the BoK data.

Private consumption fell 6.4 per cent as compared to the data from October-December  the worst fall since first quarter of 1998, after the beginning of Asian financial crisis  due to social distancing measures recommended by the government.

Exports, which form a major pillar of the Asian country''s economy and is among the top contributors to the country's GDP, fell 2 per cent despite an increase in exports of semiconductors amid supply chain disruptions and falling demand for goods around the world.

Imports decreased by 4.1 per cent, owing to decreased imports of crude oil and motor vehicles, the BOK said.

Capital investment rose 0.2 per cent while the investment in the construction sector went up 1.3 percent.

These figures along with the expansion of public expenditure by 0.9 per cent helped ease the situation.

The government has already announced a monetary aid package worth 135 trillion Korean won ($195 billion) for businesses, which could increase up to 240 trillion won.

The International Monetary Fund has warned that the South Korean economy would contract some 1.2 per cent in 2020 due to coronavirus crisis, which would lead to a 3 per cent drop in the global economy, the worst hit since the 1929 Great Depression.