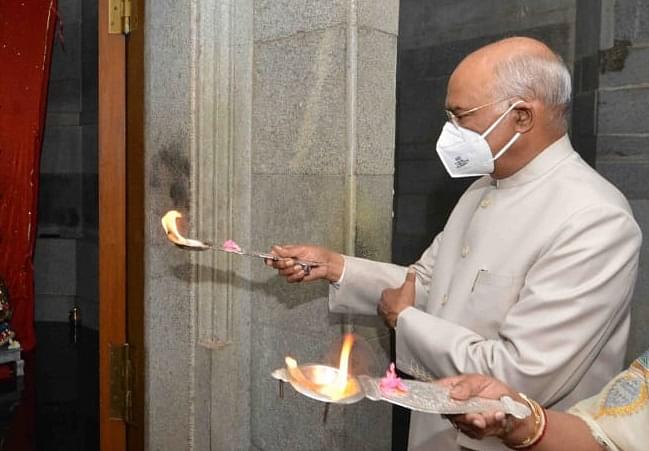 President Kovind during a visit to a temple in Dec, 2020 (@rashtrapatibhnv/twitter)

The donation drive for Ayodhya Ram Mandir construction began on Friday (15 January), with the President Ramnath Kovind contributing Rs 5,00,100 for the construction of the grand Ram temple, reports Hindustan Times.

Last week, the secretary general of VHP Milind Parande said that VHP’s campaign to collect funds for the construction of Ayodhya Ram Mandir will begin on 14 January starting with contributions from President Ramnath Kovind and Prime Minister Narendra Modi.

Hindu religious and other nationalist organizations are planning the biggest outreach to collect funds for the construction of Ram Mandir.

The Rashtriya Swayamsevak Sangh (RSS) has decided to reach out to five lakh villages and ten crore families for collection of funds for Ram Temple in Ayodhya.