‘Don’t Give Us Any History’: When Injustices By Invaders Mentioned, SC Judge Says No Control Over Babur Or The Past 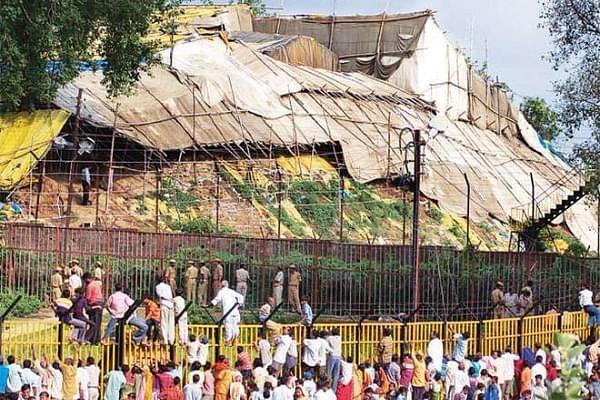 Continuing the push for mediation, Supreme Court bench on Wednesday told the counsel for Hindus in Ayodhya Ram Temple case that it was looking at “minds, hearts and healing if possible,” reports The Hindu.

The counsel expressed concern that mediation may not be fruitful as the dispute was of religious nature involving religious sentiments. Justice Bobde, on the five-judge Constitution Bench led by Chief Justice of India Ranjan Gogoi shot back, “Do you think we are not as religious as you... We may be more religious than you.”

When the lawyer mentioned historical angle of injustices inflicted upon non-Muslim inhabitants of the land by Muslim invaders, Justice Bobde said, “Don’t give us any history. We have no control of the past. We had no control over Babur invading... What we have control of is the dispute now and here.”

Another bench member, Justice D.Y. Chandrachud expressed doubts about the outcome of the mediation process. While agreeing that a solution through mediation would be desirable in theory, he said, “The Ayodhya dispute is not between two private parties and concerns two communities. How can we bind them under the mediated resolution, if any?”

The Constitution Bench later reserved orders on whether to send the dispute for mediation.

Also read: A Mediated Ayodhya Verdict? SC Should Get On With Job And Not Keep Kicking The Can Down The Road

“The faith that Lord Ram was born there is not negotiable,” senior advocate C.S. Vaidyanathan, appearing for Ram Lalla submitted. “But we are willing to crowdfund a mosque somewhere else,” he added.

They proposed a public notice to be issued over whether the dispute should be sent for mediation.

Rajya Sabha MP and Bharatiya Janata Party leader Subramanian Swamy argued that it was a clear decision of the Prime Minister P.V. Narasimha Rao-led government at the time that Ram temple would be constructed in case a temple was found below the structure. Swamy said that the Archaeological Survey of India had found that a temple had existed before the mosque was built, and therefore the land should be given to Hindus for building a Ram temple.

He submitted to the court that the parameters of the Ram Mandir case had already been settled and the validity of the Ayodhya Act had been upheld by the Supreme Court.