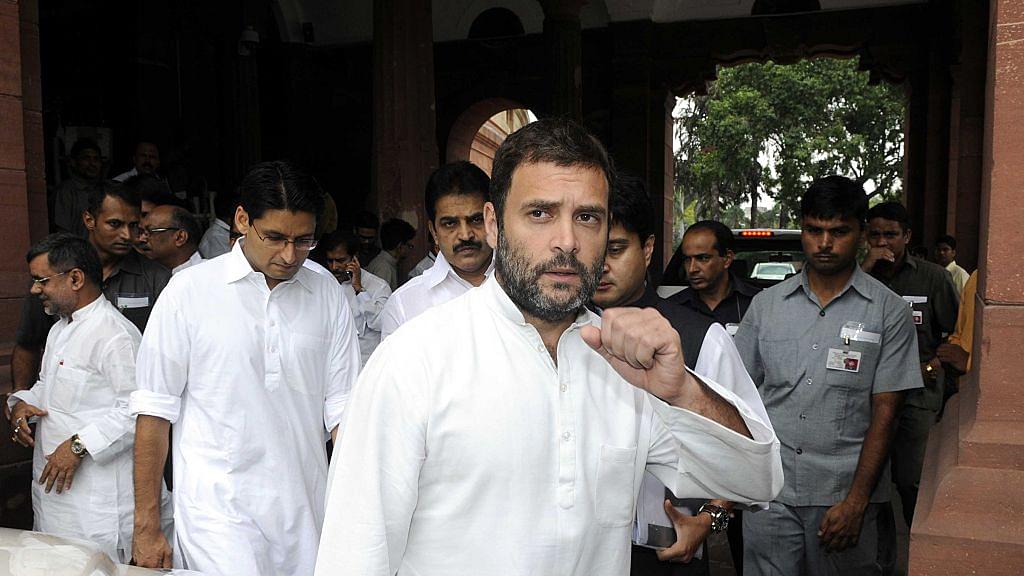 The Election Commission has issued a show cause notice to Congress leader Rahul Gandhi for "prima facie" violating the provisions of the election law and the model code by giving interviews to TV channels in Gujarat where the final phase of polls is due tomorrow.

It asked Gandhi to respond to the notice latest by December 18 evening, failing which it will decide the matter without any reference to him. The counting of votes is also scheduled on that day.

The notice said the display of his interviews by TV channels fell within the definition of "election matter" under Section 126 (3) of the Representation of the People Act, 1951 and their telecast within 48 hours ending with the hour fixed for the conclusion of the poll amounted to violation of Section 126 (1) (b) of the Act.

"...By giving such interview and its display on TV channels on December 13, you have, prima facie, violated the...provisions of para 1 (4) of the Model Code of Conduct, Section 126 (1) (b) of the Representation of the People Act, 1951 and the Election Commission's lawful instructions in this regard," it said.

The BJP had complained to the poll panel about the interviews.

The EC, in a press statement this evening, had said that it has asked TV channels to "forthwith stop" airing interviews of Gandhi as they violated the election law and directed the Gujarat poll authorities to lodge FIR against anyone for infringement of legal provisions.

It said Gandhi, the Congress president-elect, talked about the Gujarat Assembly elections in which the polling for the second phase will be held tomorrow.
The statement said after due deliberations, the EC has directed the Chief Electoral Officer of Gujarat "to initiate necessary action by filing FIR against those who have violated the above mentioned provisions in phase two districts in Gujarat".

"Further, those TV channels which are violating the provisions of Section 126 (1)(b] by displaying said election matter in phase two district in Gujarat have been directed to forthwith stop the display of such matter," it said.

The poll body said it had today received reports and complaints that some of the TV channels in Gujarat have displayed interview given by Gandhi in which he had talked about the state elections. (PTI)