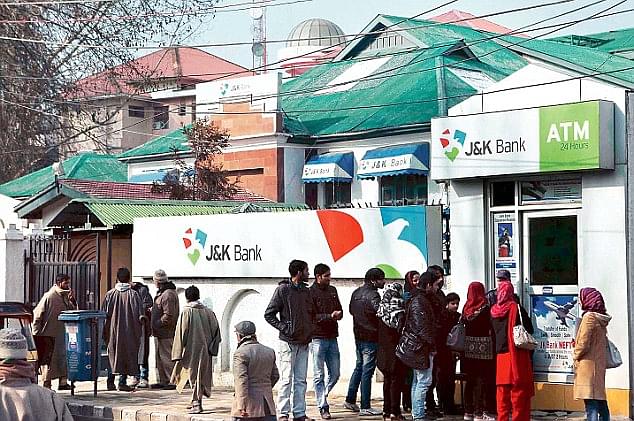 Representative image of Kashmiri people outside a bank (Patnapatna.com)

In a big success for the process towards peace in Jammu and Kashmir, five youths who had joined different terrorist outfits have laid down weapons and returned to their families in the Kashmir Valley, reports The Hindu.

The police said, "the five youths shunned the path of violence and returned to the mainstream due to the efforts of their families and police."

For security reasons, the police has decided to not reveal the identities of the ones who have returned. Most of these insurgents are believed to have returned home after repeated appeals by their families to shun the path of violence.

What marks a significant achievement for the security forces is the fact that dozens of militants have laid down arms in Kashmir valley since 2017 when the police had announced that they would accept offer of local terrorists to surrender even during the ongoing encounters.