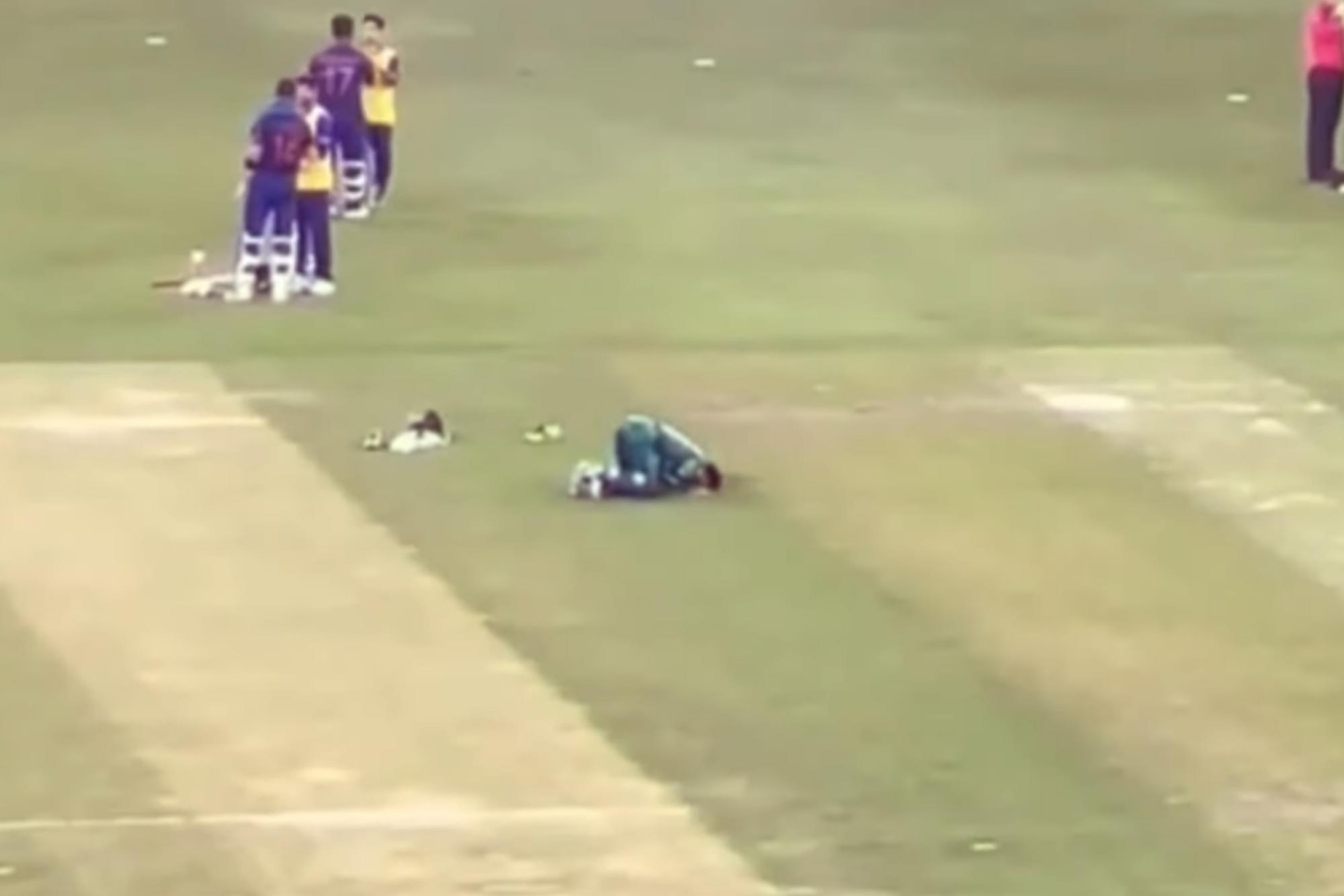 The Pakistani player doing namaz during the cricket match.

Former cricketer and now Pakistan prime minister Imran Khan once said in an interview that he always saw the game of cricket with the Indian team as “jihad”.

This anecdote would surprise only those who have not heard Pakistani sportspersons, and particularly cricketers, speak off-field.

On the Pakistani television media, that is notorious for freely airing India- and Hindu-hate content, cricketers are often called for comments on India-Pakistan relations.

They unhesitatingly speak not only against the Indian government but also of Ghazwa-e-Hind — the Islamic concept of a faith-driven war armed at Islamisation of the entire Indian sub-continent.

Yesterday, it was former cricketer Waqar Younis who mixed sports and religion on Pakistan primetime television.

In a discussion on ARY News channel, Younis said that his favourite part was when cricketer Mohammad Rizwan read namaz on the ground amid Hindus.

"Rizwan offered Namaz during #INDvPAK match in middle of Hindus was most satisfying thing Mashallah, even more than his batting"

During a drink break in the India-Pakistan World Cup T20 match on Sunday, Rizwan read namaz on the ground, the video of which was shared by many on social media.

Former cricketer Shoaib Akhtar, who was part of the TV discussion, was seen smiling at Younis’ statement. Notably, the film ‘Pk’ by Indian actor Aamir Khan had partnered with ARY group for its release in Pakistan, where it was marketed as “a satire on Hindu gods and godmen” by Pakistan’s largest chain of movie complexes.

Since the Pakistan cricket team’s win over the Indian team — a first ever in the World Cup — Pakistani politicians and influencers have been describing it as a "religious victory over India".

While official ICC commentator for the World Cup, Bazid Khan, called it “destruction of kufr”, Pakistani interior minister Sheikh Rasheed termed it as a “victory of the entire Islamic world”.