Google, Facebook May Lose Over $44 Billion In Global Ad Revenue In 2020 Due To Coronavirus Pandemic, Predicts Report 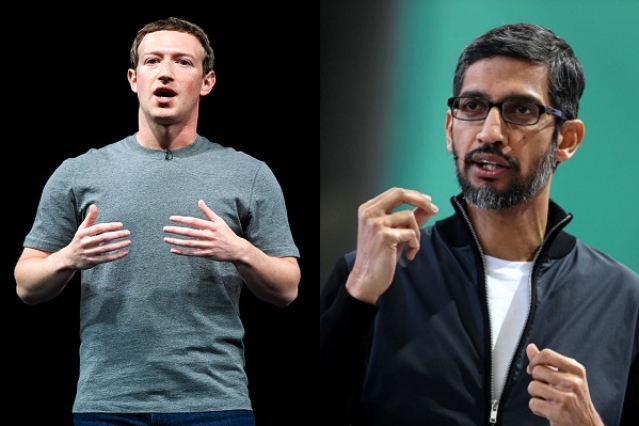 The novel coronavirus pandemic can wipe out more than $44 billion in global ad revenue for the tech giants Facebook and Google in 2020 as digital advertising runs dry, a new report has predicted.

According to global investment bank and financial services company Cowen & Co., Google's total net revenue is projected to be about $127.5 billion -- down $28.6 billion.

However, Facebook's advertising business is projected to "bounce back" in 2021, growing 23 per cent (year-over-year) to $83 billion, said the Cowen analyst team.

"For full-year 2020, Google will generate $54.3 billion in operating income (43 per cent adjusted EBITDA margin) and Facebook will pull in $33.7 billion (49 per cent margin)," according to Cowen's forecast.

In a separate blog post, LightShed analyst Rich Greenfield said that "digital platforms are feeling the pain soonest, given the relative ease of pulling ad spend versus mediums such as television (who are likely to experience far more pain in Q2 than Q1)".

Cowen has cut its full-year revenue forecast for Twitter by 18 per cent.

"Amazon's ad business, meanwhile, is ''generally less exposed'' to the downturn than other large digital platforms because the company's advertising is mostly related to product searches".

Facebook has admitted that its ad business has been adversely affected in countries severely hit by the novel coronavirus while non-business engagement like messaging has exploded which is affecting its services like Messenger and WhatsApp.

"Our business is being adversely affected like so many others around the world. We don't monetize many of the services where we're seeing increased engagement, and we've seen a weakening in our ads business in countries taking aggressive actions to reduce the spread of COVID-19," said Alex Schultz, VP of Analytics and Jay Parikh, VP of Engineering.

With one-fifth of the world's population now under lockdown and industries shutting operations amid global supply chain issues, the new coronavirus pandemic is set to deliver a sharp and deep economic shock, a new report has said.

According to analysts at BlackRock Investment Institute, market moves are reminiscent of the darkest days of the financial crisis, but they don't think this is a repeat of 2008.

"Stringent containment and social distancing policies will bring economic activity to a near standstill, and lead to a sharp contraction in growth for the second quarter", it said.