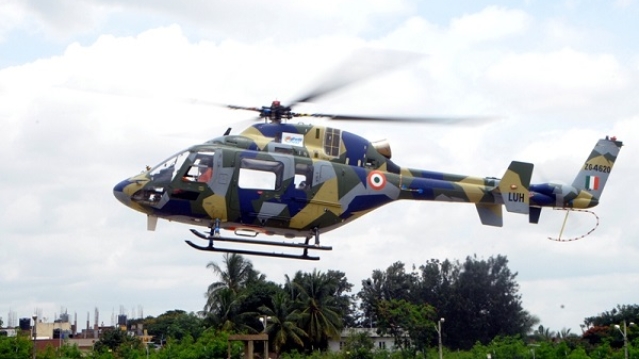 In a major boost for government-owned defence manufacturer Hindustan Aeronautics Limited (HAL), the third prototype of the light utility helicopter (LUH) currently being developed by the company successfully completed its maiden flight on 14 December, reports The New Indian Express. This puts the model close to clearance for replacing the ageing fleet of Cheetah and Chetak helicopters currently being operated by the Indian Armed Forces.

Chairman and Managing Director of HAL R Madhavan stated, "With this achievement, LUH is now close to production clearance and HAL is confident of meeting requirements of the Armed Forces.”

The LUH is a three-tonne single-engine light utility helicopter designed and built indigenously by the Rotary Wing Research and Design Centre (RWR&DC) of HAL. The helicopter has a maximum speed of 260 km/hr and possesses a range of up to 350 km. The LUH will be capable of accommodating a maximum of two pilots and six passengers.

According to a report by Money Control, the LUH will next undergo high altitude cold weather trials which are scheduled for January 2019.

The Indian military has a requirement for 384 helicopters of which 187 helicopters will be built by HAL. The defence manufacturer plans to fulfil the order by 2022.