In The League Of Legends: Delhi To Join Exclusive List Of Cities Which Have 300 Km Long Metro Network 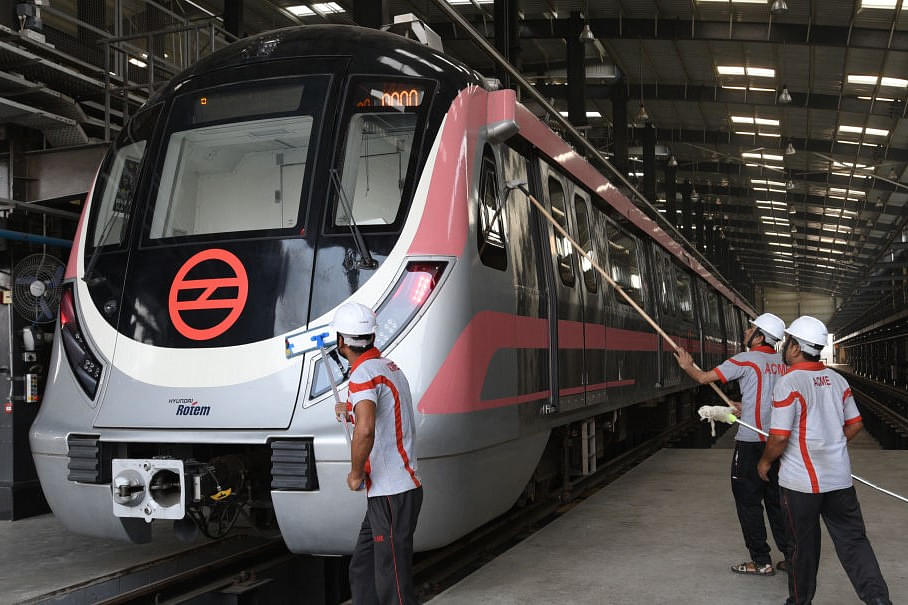 Delhi Metro has for long been heralded as a testament to India’s ability to successfully execute large-scale public infrastructure projects. On Wednesday (31 October), it will add another laurel to its long list of achievements.

When the Shiv Vihar-Trilokpuri Sanjay Lake section of the Pink Line is thrown open to the public, Delhi Metro will join the league of cities that have more than 300 km of metro-rail network, as reported by Press Trust of India.

We had reported on 25 October that Shiv Vihar section had already obtained a security clearance and was set to be operationalised soon. This section which runs for 17.86 km and has 15 stations along the way, is wholly elevated and part of the 59 km-long Pink Line.

“With this, the Delhi Metro will cross the 300-km mark, and join the league of the top metro systems around the world, which have already done so, like metros in London, Beijing, Shanghai, New York,” Executive Director, Corporate Communications at DMRC, Anuj Dayal told reporters. It should also be noted that 2018 has been a busy year for Delhi Metro. It has added around 80 km-long metro lines this year.