India Looking To Strategically Store Crude Oil In The US, To Hedge Against Supply Shortfall 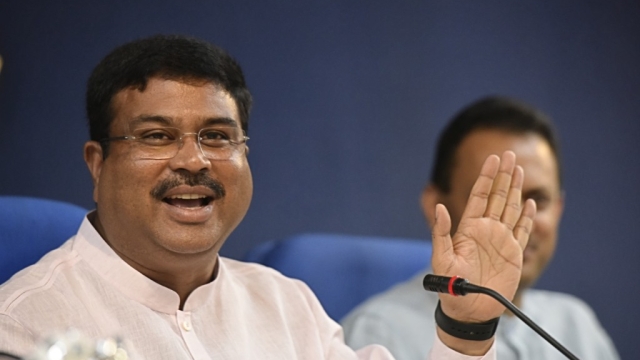 The International Energy Agency (IEA) stipulates its members to store at least 90 days of stocks of crude oil in the strategic reserves. Currently, India deposits around 38 million barrels of the same at three different coastal locations on the western and the eastern coasts. However, this quantity is sufficient only to fulfil the nation’s demands for 9.5 days.

Union Petroleum Minister Dharmendra Pradhan has disclosed that India is looking to store crude oil in the US and other commercially viable places, Economic Times reports. This is also to safeguard any risks that might emerge on the supply side of the vital product.

India and the US had signed a preliminary agreement in July to cooperate on emergency crude oil reserves. That pact also considers the possibility of the nation utilising the western country’s emergency stockpile to store oil.

“We are also exploring overseas crude storage facilities in the US and other commercially viable locations,” Pradhan said. Being the third-largest importer of oil in the world, India is also expanding the range of countries that it sources the product from. “New long-term contracts have been entered into by our companies with their counterparts in the US, Russia and Angola,” the minister mentioned.

Currently, the India imports crude oil from over 30 countries as it moves away from being completely dependent upon the middle-east for it.