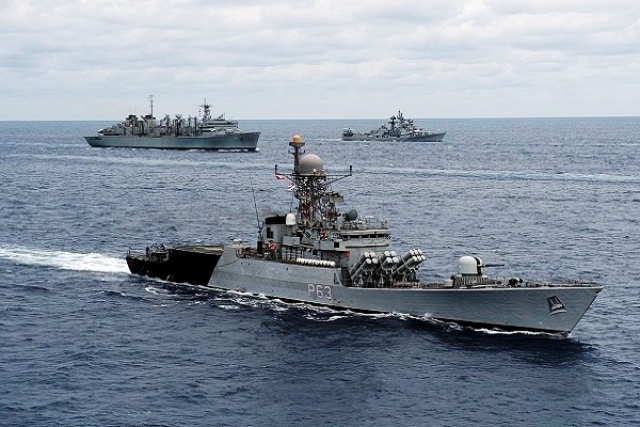 The Indian Navy is all set to conduct a joint exercise with United States aircraft carrier USS Nimitz and its accompanying warships near the Andaman and Nicobar archipelago which is expected to send a strong strategic signal to China, Times of India has reported.

These exercises will be conducted today and tomorrow.

The two navies will conducted a PASSEX (passing exercise) with the USS Nimitz - which had earlier conducted a mega exercise in the South China Sea, entering the Indian Ocean after crossing the Malacca Strait on Saturday (18 July).

USS Nimitz and USS Ronald Regan had recently conduced one of US Navy's biggest exercises in recent years amid objections by China.

USS Nimitz is accompanied by two US destroyers and two supply ships with its next destination being the western Indian Ocean.

This exercise will be conducted in the naval region which is dotted with China’s critical sea trade routes.

This exercise by the Indian Navy comes at a time when the Indian Armed Forces are locked in a Chinese initiated stand-off along the Line of Actual Control (LAC).

Just last week the Indian Navy had conducted a series of manoeuvres off the Andaman Nicobar Islands and had participated in a PASSEX with the Japanese Navy last month.