India’s Drone Army: Government To Fast-Track Deal With US To Procure 20 Units of MQ9 In 2019 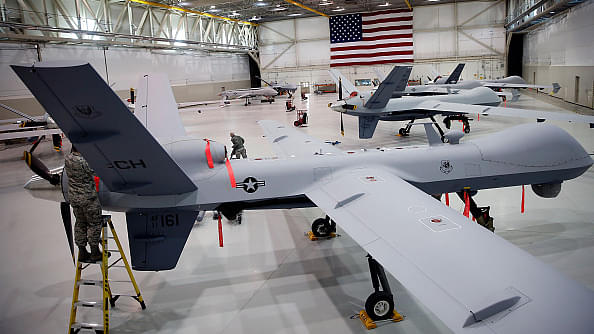 The Indian government is expected to expedite the procurement of US-based General Atomics’ Predator MQ9 drones for both the army and the navy, with each service receiving ten drones, reports Financial Express. The US and India are both keen on concluding the deal in 2019.

The initial discussions for the deal began when Prime Minister Narendra Modi visited the US in Jun 2017 and met with US President Donald Trump.

Another driving force behind the agreement is former chief executive for strategic development with General Atomics Dr Vivek Lall who led efforts for the unprecedented sale of armed drones to India.

This latest deal is just the tip of the iceberg for Indo-US contracts dealing with armed drones. The Indian Army has also shown a keen interest in purchasing General Atomics Avenger UAVs, with the navy on the other hand already set to receive Sea Guardian drones, which are the naval version of the Predator B model.

Not to be left behind, the Indian Air Force has also asked for 100 units of the Predator C Avenger aircraft, which will cost the exchequer around $8 billion.

The US has designated India as a Major Defence Partner (MDP) and the two countries have also signed the Communications Compatibility and Security Agreement (COMCASA) which will allow India access to advanced defence systems of the US.