Indore: Despite Violent Attack, Doctors Go To Back To Area For Covid-19 Testing With Police-Cover 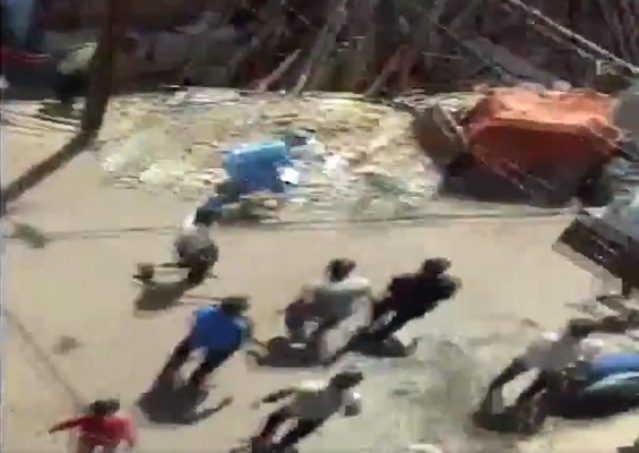 A screengrab from the video of the attack (Source: Twitter)

In Indore’s Tat Patti Bakhal area, Madhya Pradesh, health department officials engaged in COVID-19 screening of people reportedly infected with the novel coronavirus had a narrow escape when a group of angry locals of the area started pelting stones.

A video-footage of the attack went viral on the social media.

The health team consisted of five persons including three doctors.

Now it has come to light that the team consisted of two female doctors who were also injured in the attack.

And in what is more shocking, the same team went back to the area with the police cover to take samples and ensure no one gets infected by the virus.

Among those injured are 2 lady doctors.
And after being beaten, this team went *back* with police cover... to take samples and ensure no one here stays Covid positive and unscreened https://t.co/bNKABExQHc

A complaint has been filed at Chhatripura police station. A police officer said that during the incident the protesters also broke the barricade.

A case of rioting will be pursued against them. Investigating officials said lack of awareness among the people about the corona virus infection and rumours spread on social media had led to such confrontation.