Is China Not Allowing Indian Devotees To Take A Holy Dip At Kailash Mansarovar? 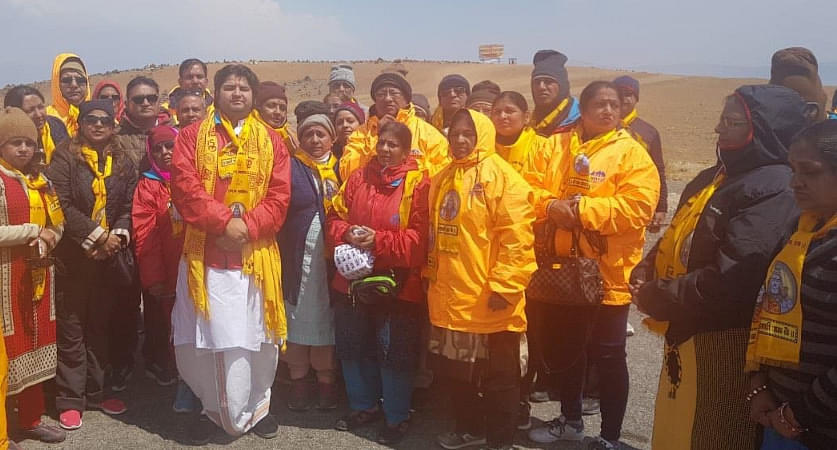 Indian devotees, who are currently undertaking the Kailash Mansarovar Yatra, have claimed that China is not allowing them to take a dip at the holy site, ANI reports.

The claim was first made by a priest, who is leading a group of Indian devotees. In a video posted on Facebook, the priest said that the Chinese authorities has passed an order to stop the devotees from taking a holy dip.

"There are around 50-80 devotees accompanying me. Over 3,000 people from across the world are undertaking this pilgrimage. But according to an order by China, we are not being allowed to take a holy dip in the Mansarovar Lake," the priest, identified as Sanjeev Thakur, claimed in the video.

If we are not being allowed, why were we issued visas and permits? We won't leave this place if we aren't allowed to perform the ritual," he has told ANI.

Addressing her annual press conference on Monday, External Affairs Minister Sushma Swaraj dismissed the claims made by the priest.

She said that the Chinese authorities make arrangements for people to a dip at a particular place and devotees can’t bathe "just anywhere”.

"I got a tweet from someone who was visiting Mansarovar that they were not being allowed to take a holy dip in the jheel. This wasn't the situation," she said.

"There is always a designated place where you can take a bath, you cannot take the dip just anywhere in the river," Swaraj added.