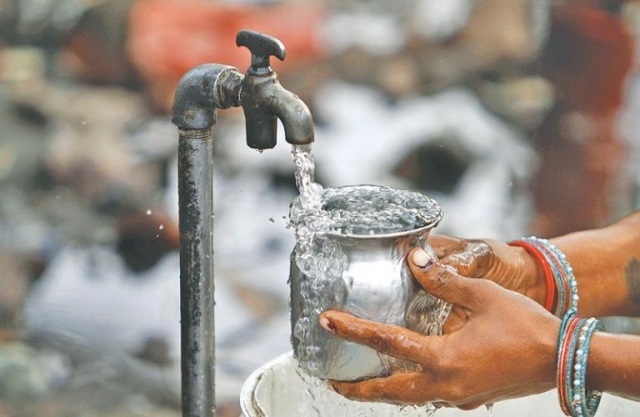 In a major achievement, Government has successfully made operational four million tap connections across States under its Jal Jeevan Mission amid lockdown, reports Economic Times.

Between 1 April and 30 June, the Government's Ministry of Jal Shakti led by Union Minister Gajendra Singh Shekhawat pumped in more than Rs 8.1 crore to give a fillip to its Jal Jeevan mission under which it aspires to provide every household in India with tap water connections.

The effort led to hectic activity being witnessed, especially in 116 districts. The programme witnessed a further surge in momentum in the month of June, with the migrant labourers returning to their home districts.

Bihar emerged as the biggest beneficiary under the programme with as many as 1.03 million water connections being provided, simultaneously employing more than 7,500 returnee labourers in June alone. The State is now aiming to take this count to more than 15,000 labourers.

Meanwhile, Uttar Pradesh employed more than 4,000 returnee labourers and has taken up the Jal Jeevan Mission with sincerity. It is aiming to spend about Rs 1,205 crore under the mission to take up works in 31 districts where a large number of labourers have returned.

It should be noted that for the ongoing year, the Union Government has allocated Rs 30,000 crore to be made available to the State Governments for the implementation of the Mission.