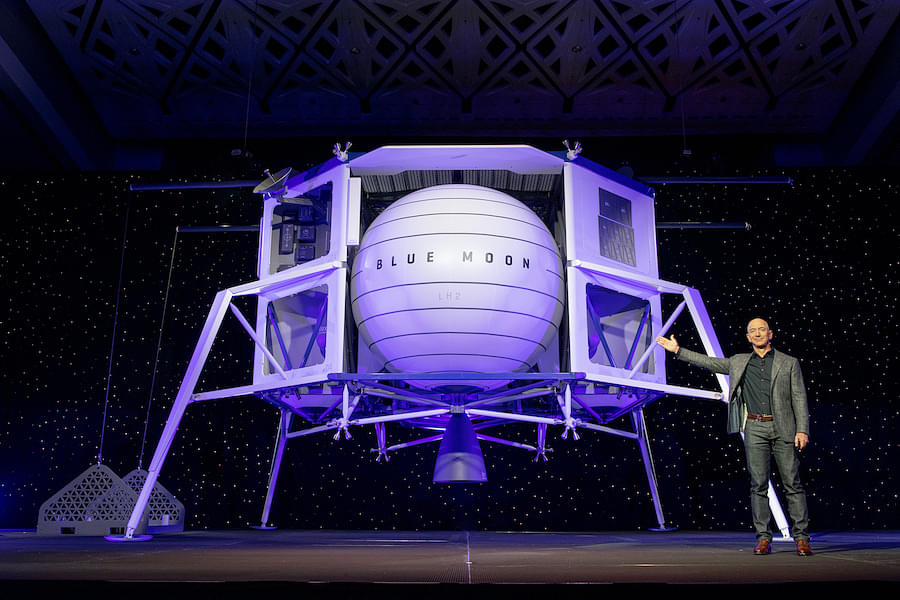 The announcement comes two weeks after Jeff Bezos relinquished his position as the chief executive of Amazon Inc.

New Shephard (named after Alan Shepard made history by becoming the first American to fly to space) is set to be on track to the first commercial flight to take a civilian beyond Kármán Line that define a boundary between Earth's atmosphere and outer space.

New Shepard has flown 15 successful consecutive missions to space and back above the Kármán Line through a meticulous and incremental flight program to test its multiple redundant safety systems.

Bidding is underway now at BlueOrigin.com and concludes with a live online auction on June 12th.

Bidding for a seat on the New Shepard has reached $2.8m when Mr Bezos announced his plan to take the flight. The auction concludes on 12 June.

The winning bidder will accompany the siblings in the flight. The amount will be donated to Blue Origin’s foundation, Club for the Future, to inspire future generations to pursue careers in STEM and help invent the future of life in space.

Jeff Bezos took to Instagram to make the announcement today.

"On July 20th, I will take that journey with my brother. The greatest adventure, with my best friend." Bezos posted

The New Shepard booster can land vertically on the ground after returning from space.

Blue Origin plans to launch its passengers more than 100km (62 miles) above the Earth's surface, allowing them to experience microgravity. The six-berth capsule will return to Earth under parachutes.