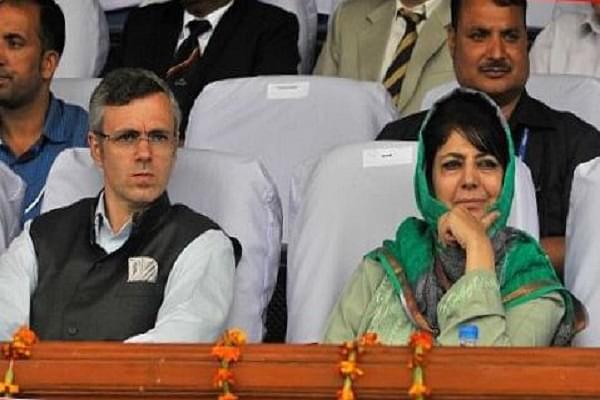 Former chief ministers (CMs) of the Jammu and Kashmir Mehbooba Mufti and Omar Abdullah were detained on Monday (5 August), hours after the Centre scrapped the provisions of Article 370 through which Jammu and Kashmir enjoyed a special status, reports Indian Express.

Both the leaders were reportedly detained to avoid any kind of political backlash and destabilization in the region.

The development comes in the wake of Presidential order scrapping effectively scrapping Article 370 and government passing the bill to reorganise J&K in Rajya Sabha, where it does not have a majority. The bill aims to bifurcate J&K into two Union Territories (UT) namely UT of J&K with a legislature and UT of Ladakh without a legislature.

Along with the Mufti and Abdullah, Jammu and Kashmir People's Conference leaders Sajjad Lone and Imran Ansari were also taken into custody by the police. The mainstream political leaders were opposed to any changes in the Article 370, and the bifurcation of the state.

Mufti and Abdullah had strongly condemned the move by the government, warning that it would have dangerous and 'far-reaching' consequences. Mufti had gone on to call the development 'catastrophic'.

It should be noted that the above mentioned leaders had already been placed under house arrest on Sunday evening (4 August), while Jammu and Kashmir administration had also imposed Section 144 across Srinagar with effect from the midnight of 5 August.