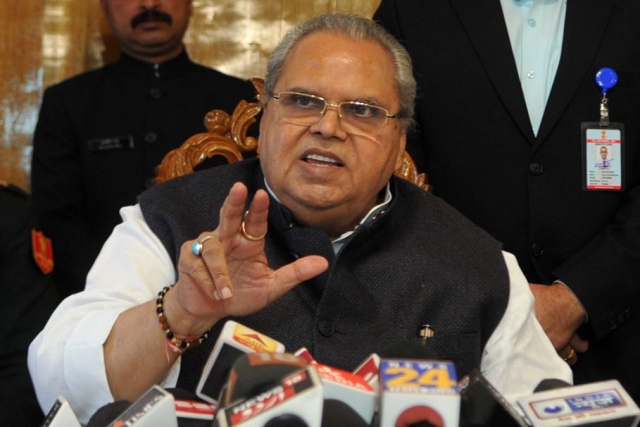 Days after Shah Faesal’s resignation as a civil servant due to “unabated killings in Kashmir and absence of any credible political initiative from the Centre”, Jammu and Kashmir Governor Satya Pal Malik hails Faesal as an “efficient” and “dedicated” officer and said that he could serve better as a civil servant than as a politician, Indian Express has reported.

“It would have been better if he had continued in government service and done the job for which he had taken the oath. He had got a lot of respect and an official job to do,” the Governor was quoted in the report as saying.

Furthermore, Malik said that in case Shah continues to serve as an Indian Administrative Officer (IAS) officer, he could be posted in the region so that he can extend his fullest support in decreasing the poverty and creating job opportunities for the youth of the valley.

The governor lauded Faesal’s service and said that he was a dedicated and efficient officer who rendered his services with zeal and enthusiasm.

However, Malik said that it is not up to him to suggest Faesal what to do and conveyed his best wishes to the civil servant. The governor added that he would love to meet Faesal if he comes to seek redressal of problems of youth.