Kerala: Woman Who Had Previously Attempted To Enter Sabarimala Accuses Husband Of Converting Daughter To Islam 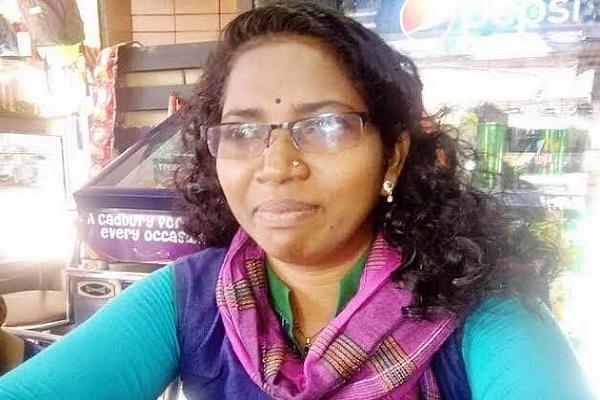 One of the women who had attempted, albeit unsucessfully, to enter Kerala’s Sabarimala shrine after the Supreme Court verdict allowing women’s entry there, Bindhu Thankam Kaliyani, has now accused her husband, in connivance with Islamist organisation Social Democratic Party of India (SDPI), of converting their daughter to Islam, reports Janam TV.

She made the allegation in a complaint communicated to Chief Minister of Kerala Pinarayi Vijayan.

Kaliyani says that her husband Kamal C Najmal had taken money from the SDPI in order to convert their 12-year-old daughter Bhoomi.

The woman also alleges that her husband has admitted their daughter to a new school run by another Islamic group, Solidarity. The girl now attends classes wearing a hijab, and Kaliyani says that she is no longer allowed to see her.

Kaliyani says that her husband has threatened her with violence from SDPI activists if she makes any attempt to meet the girl.