Lord Of The Boxing Ring: Mary Kom Strikes Gold For The Sixth Time At World Championship 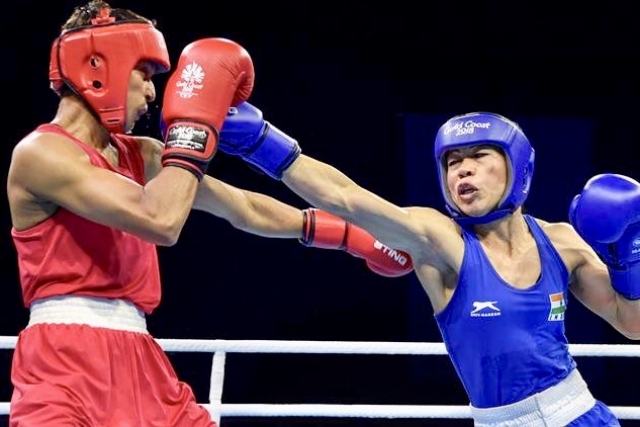 She is now tied with male pugilist Felix Savon as ‘All Time Best’ (male or female) with six gold and one silver in world championships.

“She told me, ‘this is all for India,” said her coach Chhote Lal Yadav. “The crowd, the atmosphere got to her, but it was more about performing in front of her people.”

Prime Minister Narendra Modi lauded her for her achievements. “A proud moment for Indian sports. Congratulations to Mary Kom for winning Gold in the Women’s World Boxing Championships. The diligence with which she’s pursued sports and excelled at the world stage is extremely inspiring. Her win is truly special,” tweeted the PM.

A proud moment for Indian sports.

Congratulations to Mary Kom for winning a Gold in the Womenâs World Boxing Championships. The diligence with which sheâs pursued sports and excelled at the world stage is extremely inspiring. Her win is truly special. @MangteC

Mary Kom was off to a flying start with Okhota on the retreat. The Indian veteran dominated the proceedings, using her speed and the lethal right hooks. She used a minimum of jabs on the day and concentrated more on combination punches.