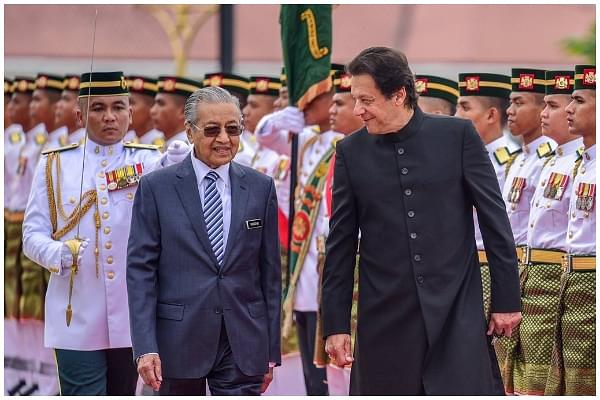 Pakistan Prime Minister Imran Khan on Tuesday (17 December) cancelled his scheduled trip to Kaula Lumpur, Malaysia where he was to attend a summit of Muslim majority countries excluding Saudi Arabia and a few others.

The summit, finalised by Turkey, Pakistan, and Malaysia in September in New York, had stirred a controversy since Saudi Arabia perceived it as a direct challenge to its leadership in the Islamic world.

On Tuesday (17 December), soon after Imran Khan's cancellation, Malaysian Prime Minister Mahathir Mohammad clarified that the summit was not going to be a "platform to replace the Organisation of Islamic Cooperation".

"The selection of the key nations for the summit is for the specific objectives, but the list is not exhaustive," Mahathir said in a statement.

In an indirect apology to Saudi Arabia and other key Islamic states, Mahathir said, "For this summit only a few national leaders are asked to participate but Malaysia wishes to reiterate that all the 56 countries of the Islamic world were invited and all the 56 are represented at various levels."

Top official sources told IANS that Khan decided to call off his participation at the summit hosted by the Mahathir government, last minute on Tuesday (17 December).

The summit was aimed at providing Prime Minister Khan a platform to censure India over Kashmir and Citizenship Amendment Act, sources told IANS.

Turkey and Malaysia have backed Pakistan on the Kashmir issue. But Khan was pressurised by the key Islamic countries after India reached out to Saudi Arabia and other allies in the Muslim world, sources said.

However, Prime Minister Mahathir in his official clarification said that Khan had conveyed to him about changes in his plans yesterday. Khan was to speak on the "state of affairs of the Islamic world," the statement said.

"The KL Summit which is into its 5th edition is a non-governmental organisation initiative, supported by the Malaysian government and is not intended to create a new bloc as alluded to by some of its critics. In addition, the summit is not a platform to discuss about religion or religious affairs but specifically to address the state of affairs of the Muslim Ummah," Mahathir said.

Without mentioning any names, Mahathir, however, went on to criticise the non-Muslim nations for the persecution of Muslims. "The summit attempts to spark a new approach in Ummah collaboration," he said.