Middle-Eastern Rivalry Takes ‘Flight’ In India: Qatar Airways Says No To Stake In Jet As It Is Backed By ‘Enemy’ State 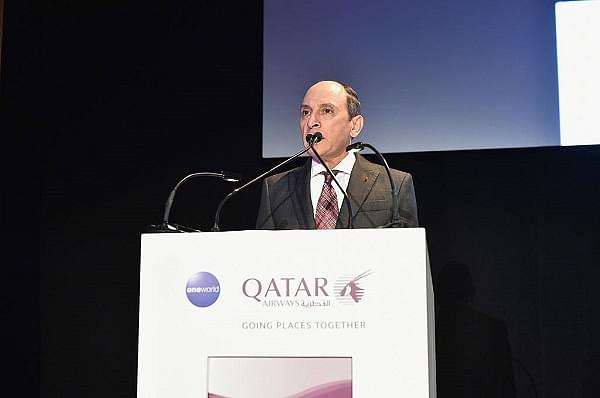 Qatar Airways chief executive officer, Akbar al-Baker has stated that his company will not buy a stake in the financially-stressed Jet Airways since Etihad Airways already backs it, reports Times Of India.

“We would definitely look at it (Jet Airways) if a 24 percent stake was not held by Etihad. How can I take a stake in an airline which is owned by our adversary?" said Mr al-Baker, referring to Etihad as Qatar’ adversary. Etihad Airways is the flag carrier of United Arab Emirates (UAE).

Due to a 2017-19 diplomatic tussle, a group of countries including Saudi Arabia, UAE and Bahrain severed diplomatic relations with Qatar and banned Qatar aeroplanes and ships from entering their airspace and sea routes. The group alleged that Qatar supported terrorist activities and violated a 2014 Gulf Cooperation Council (GCC) agreement.

However, the CEO added that though he would be "delighted" to purchase a stake in IndiGo, India’s largest airline company, he would not do the same in an “airline where substantial ownership is by the enemy of my country."

Etihad To Raise Its Stake In Jet

It was recently reported that Etihad Airways PJSC is set to increase its stake in Jet Airways to 49 per cent after the latter’s founder-chairman, Naresh Goyal agreed to give up majority control. Presently, Etihad has a minority stake of 26 per cent in the financially-stressed airline.

Also Read: Breaking Records With ‘Flying’ Colours: In A First, Indian Airlines Add Over 100 Aircraft In A Single Year