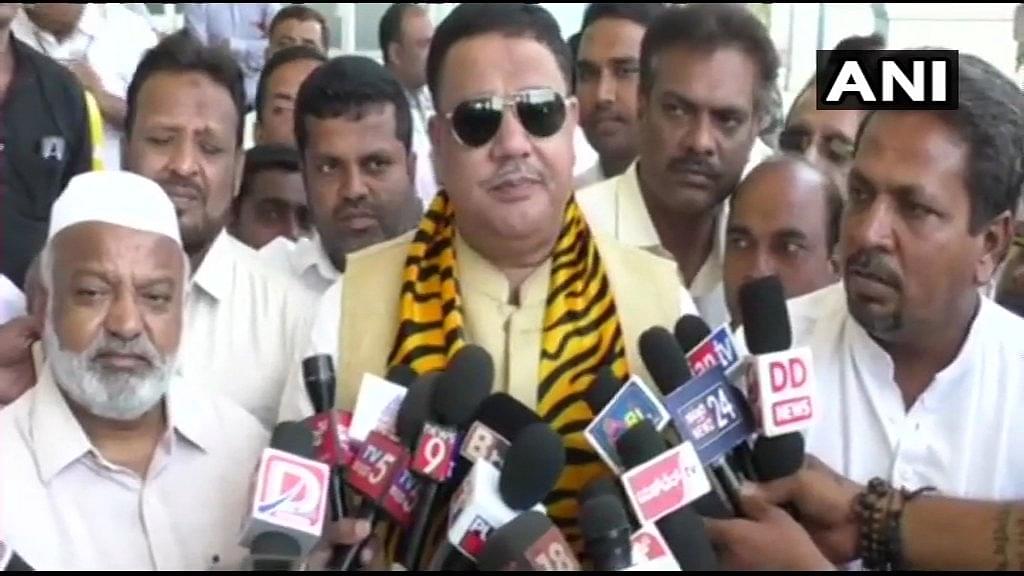 Tipu Jayanti celebrations in Karnataka remained rather modest this year as public celebrations were not allowed due to security reasons. Matters turned worse as the Chief Minister and the Deputy CM decided not to attend the celebrations on Saturday (10 November).

Instead, it was Congress’ D K Shivakumar along with Minister for Food and Civil Supplies Zameer Ahmed Khan who saved the day yet again for the party by paying a floral tribute to the Muslim ruler. Citing health issues, CM Kumaraswamy stayed indoors for three days, and Dr Parameshwara, the DyCM, is in Singapore currently.

Reportedly upset over the CM and the Deputy CM’s absence, Congress MLA and former minister Tanveer Sait called it “an insult to the Muslim community”.

I have information that Karnataka CM HD Kumaraswamy couldn't attend the #TipuJayanti celebrations due to health issues. Deputy CM G Parameshwara also couldn't attend. Somewhere it seems like it's an insult to the community. There's no doubt about it: Congress MLA Tanveer Sait. pic.twitter.com/zzxxVegwMA

Brushing aside the fact that the Chief Minister cited medical reasons, Sait says he expected the CM to at least participate in the celebrations in H D Kote taluk. The Hindu quoted Tanveer Sait as saying, “It is not about politics or the party. But it amounts to insulting the community. I am only sharing the views of my community.”