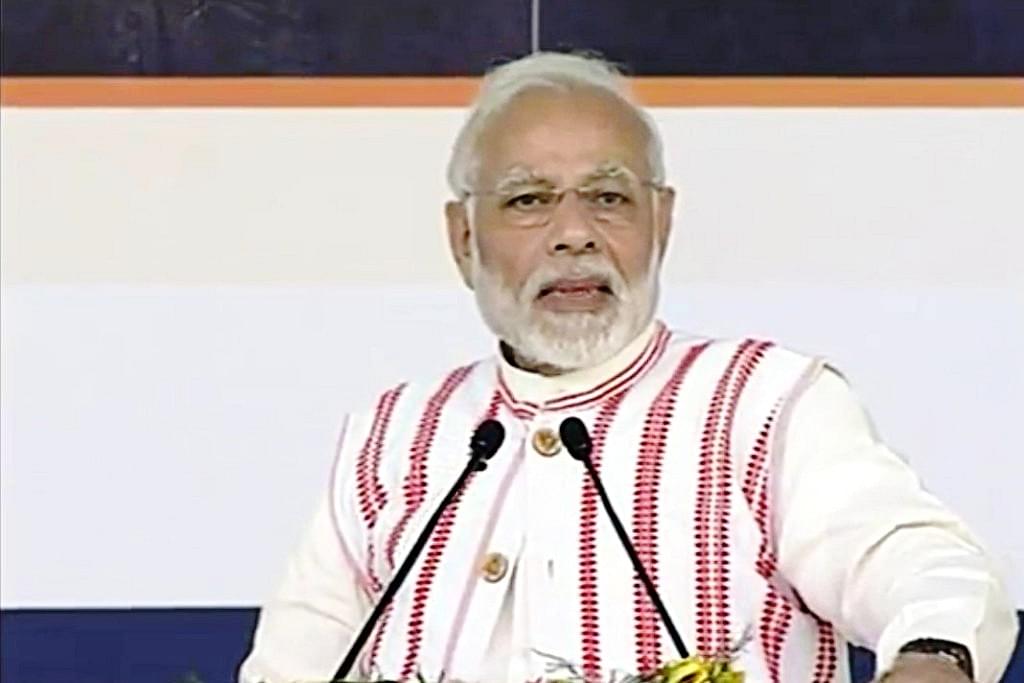 Prime Minister addressing a gathering during the launch event.

Ayushman Bharat, the world’s largest healthcare scheme by some accounts, was launched by Prime Minister Narendra Modi today. It will be implemented on 25 September, the birth anniversary of Pandit Deendayal Upadhyay.

Here are 10 things you must know about the scheme.

1) As many as 8,735 public and private hospitals have been put under the scheme. Over 30 states and union territories have signed Memorandums of Understanding with the government in order to implement the programme. So far, 15,686 applications for hospital emplacement have been received.

2) Ayushman Bharat will provide health coverage of Rs 5 lakh annually per family. This scheme is aimed at 10 crore poor families. This means the scheme is likely to benefit around 50 crore people in the country.

4) All transactions would be cashless. Beneficiaries will be allowed to enjoy cashless benefits from the hospitals, public or private, across the country.

5) A defined amount of transportation allowance for hospitalisation will be paid by the government, which adds to the list of benefits.

6) The beneficiaries will receive personalised letters from the Prime Minister and cards with QR codes that can be scanned for demographic authentication. Through this, the identity and eligibility of a person can be verified.

7) Despite the government’s big push for Aadhaar card, it is not mandatory for a beneficiary to avail services under this scheme.

8) Each hospital which is part of the scheme will have an 'Ayushman Mitra' to assist patients and act as a link between beneficiaries and the hospital.

9) Ministry of Health has included 1,354 packages in the scheme which cover treatments like coronary bypass, stenting and knee replacements among others at nearly 20 per cent cheaper rates.

10) Government has launched a helpline number and a website through which beneficiaries can check if they are eligible for the scheme.