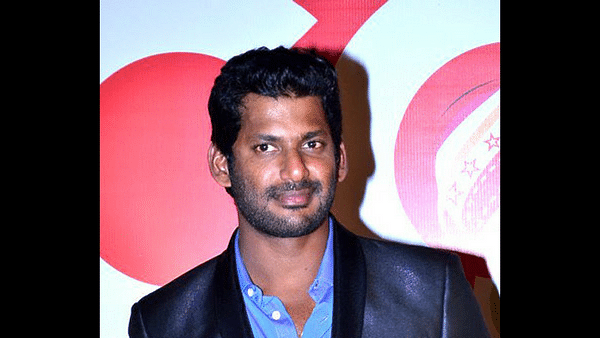 Tamil actor Vishal Reddy has decided to take the political plunge by contesting the R K Nagar assembly bypoll, which is scheduled to be held on 21 December.

The by-election to the assembly seat was necessitated after the death of legislator and chief minister J Jayalalithaa.

The actor made the surprise announcement yesterday (2 December).

According to his office, Reddy will be filing his nomination on Monday (4 December) and contesting as an Independent candidate.

Last year, Reddy was elected general secretary of South Indian Artistes Association (SIAA), an actors’ body, in a bitterly fought election. Later, he was also elected as the head of the Tamil Film Producers Council (TFPC) and has been actively campaigning against piracy, one of the major issues in Tamil cinema.

The R K Nagar constituency, which has turned into a AIADMK stronghold in the last decade or so, is situated in the northern part of Chennai and is home to a significant Telugu population.

AIADMK’s senior leader and chairman of the party presidium, Madhusudhanan, was announced as the party’s candidate given the considerable clout he enjoys locally and also because he hails from the Telugu-speaking Naidu community.

Though his prospects are regarded as bleak, Dhinakaran – who is the nephew of jailed leader V K Sasikala and leader of breakaway AIADMK faction – has also joined the fray essentially to damage the chances of Madhusudhanan.

Speculations are rife in AIADMK circles that the otherwise inexplicable entry of Reddy has been orchestrated by the Dhinakaran faction to wean away a portion of the Telugu-speaking voters that would have accrued to Madhusudhanan.

AIADMK sources also allege that Dhinakaran may have propped up the financially distressed Reddy with the aim to dent the traditional AIADMK support base among the Adi-Telugus, many of who work as construction labourers and sanitation workers in the city.

It would be interesting to see if Reddy’s electoral entry is likely to snowball into a political slugfest given that Tamil nationalist groups often condemned what they saw as the preponderance of Telugu-speaking castes in mainstream Tamil politics.