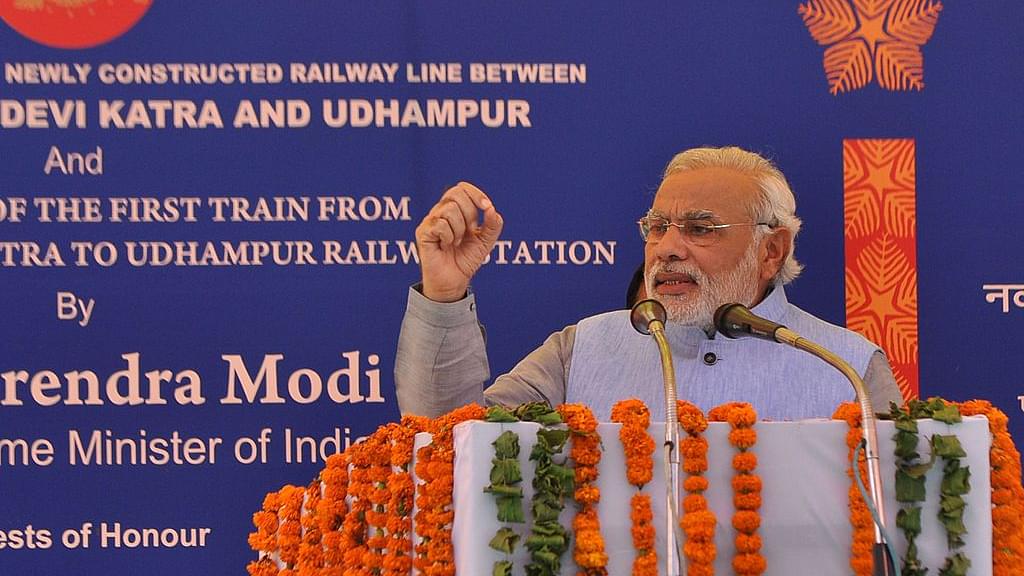 Modi Seeks Corruption ‘Bandh’: Prime Minister Narendra Modi on Sunday hit back at the Opposition for its all-India bandh call today over demonetisation, saying the country instead needed an end to evils like corruption and black money. However, with most parties opting out of the Jan Aakrosh Diwas protests, it is likely to be a flop show, except in Kerala and Bengal.

Nitish Kumar To Stay Away From Nationwide Strike: Bihar Chief Minister and Janata Dal (United) national president Nitish Kumar has decided to stay away from the 28 November all-India protest called by opposition parties against the demonetisation exercise. Ahead of the Vidhan Sabha elections in Punjab, Kumar launched his party’s Punjab unit.

RBI Committed To Easing Pain, Says Urjit Patel: Reserve Bank of India (RBI) Governor Urjit Patel has said the central bank was taking necessary actions to “ease the genuine pain of citizens” in the wake of the government’s demonetisation move. Finance Minister Arun Jaitley came to the defence of Patel in the wake of criticism by Congress leader Jairam Ramesh, saying it is an “unfair attack”.

Punjab Jailbreak Suspect Arrested In UP: The Uttar Pradesh police confirmed last night that a suspected member of the gang that broke into a Punjab jail and freed a Khalistani militant has been arrested in the state. Meanwhile, Punjab Police on Sunday admitted that “conspiracy, connivance and lapses” led to the sensational jail-break, in which two suspected Khalistani terrorists and four dreaded gangsters escaped.

New India Push To Trace Black Money Is Swiss Banks: India has sent at least 20 ‘administrative assistance’ requests to Switzerland seeking details of Indians suspected to have misused Swiss banks’ famed high-secrecy walls to evade taxes. Many of these are suspected to have maintained accounts in Swiss banks through offshore entities, including in Panama and British Virgin Islands.

RSS Vision Will Be India’s Vision, Says Bhagwat: The vision of Rashtriya Swayamsevak Sangh (RSS) will be the vision of India in future, the organisation’s chief Mohan Bhagwat said on Sunday. Addressing the volunteers in Bhilwara, Bhagwat said that RSS’s vision was for the overall development of humanity and the world, and this was going to the be the vision of the country in future.

Delhi Topples Mumbai As India’s Economic Capital: According to latest data released by Oxford Economics, Delhi has toppled Mumbai as the economic capital of India. The Oxford Economics forecast for 2030 shows that Delhi and Mumbai will move further up the list. While Delhi is predicted to be at the 11th spot, Mumbai will be 14th.

Pakistan Rules Out Policy Shift Under New Army Chief: There will be no immediate shift in Pakistan’s military policy under the new army chief, the country’s defence minister said. Lieutenant General Qamar Javed Bajwa will replace retiring army chief Raheel Sharif when his three-year term ends on Tuesday. The Indian establishment is in a ‘wait and watch’ mode over the new Pakistani Army Chief.

Facebook Testing Express WiFi In India: Facebook is testing a new model for public Wi-Fi deployments for offering quality internet access in the rural parts of India. The social networking giant said "Express Wifi" is live in India and it is "working with carriers, internet service providers and local entrepreneurs to help expand connectivity to underserved locations around the world".

Partial Demonetisation And Behavioural Change: Demonetisation and the resulting transition to a formal payments regime and banking system will only accelerate the trend to formalisation of the Indian economy.

Riding The Tide In Cashless Payments: Banks and wallet start-ups need to take a supply chain orientation and look at the merchant not as a mere source of fee income but as a partner in this transformative journey.

Tata-Mistry Spat: How Independent Are Independent Directors? The independent directors of the various Tata companies have been thrust into the fight. Some are willing participants; others, not so.

Modi Must Ensure Demonetisation Is Not Seen As Increasing Government Role In Citizens’ Lives: The government has the responsibility to balance security, access and competition as the digital economy evolves. This has to be done through sensible policies and regulations, not through predatory business interventions.

Understanding Narendra Modi’s “Shock And Awe” Pursuit Of Economic Nationalism: Narendra Modi’s shock and awe announcement of demonetisation was essentially him acting on the aspirations of a billion to overwhelm and overcome the million mutinies against his government on a litany of issues.

A Tale Of Two Elections: A Striking Parallel Between USA 2016 And Trinidad 2015: Like the Clinton campaign of 2016, the Kamla government of 2015 underestimated its opponent, relying on a coterie of advisers of dubious political ability. Both the leaders found themselves somewhat disconnected from the working-class roots of their respective supporters.

Here’s What Gernail Saab Thinks About “Jihad – An Existential Threat”: Islamic invasion was the primary cause for the end of classical civilisation. The uniqueness about Islamic expansion is its abject disregard for ancient knowledge, art and literature, and systemic destruction of ancient culture and civilisation.

Let’s Retire The Word ‘Liberal’ And Use ‘Alt-Left’ Or #SJW Instead: For a long time, I have ceased to use the term ‘liberal’ concerning India’s self-proclaimed ‘liberals’ and ‘left-liberals’, because they are simply ‘left’. And a sort of virulent Left, which means they are mostly Stalinists, fascists of the Left.