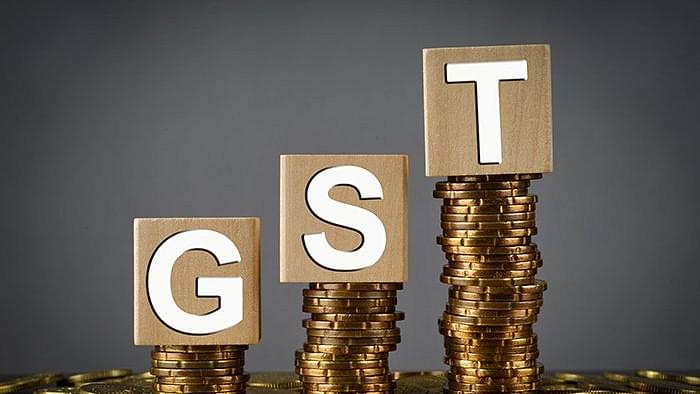 GST legislations to be introduced in Parliament today.

Government May Table GST Legislations In Parliament: The Union government is likely to table supplementary goods and services tax (GST) legislations in Parliament on Monday. Sources said they could be taken up for discussion as early as 28 March. Also, amendments to the Excise and Customs Act to abolish various cess as well as furnishing bills for exports and imports under the new GST regime will be placed before the House. According to the sources, the government is looking at passage of the GST Bills in the Lower House by 29 March or latest by 30 March.

Aadhaar Mandatory For Mobile Phone Numbers: After drivers' licence, Aadhaar-based re-verification has been made mandatory for all existing subscribers of mobile phone services, with the government instructing telecom operators to initiate the process. Members of the Cellular Operators Association of India may meet later this week to discuss the modalities or rolling out the verification process for over a billion users, which is expected to cost them nearly Rs 1,000 crore.

Insurance Premiums Set To Rise: From 1 April, car, motorcycle and health insurance will cost more with regulator Insurance Regulatory and Development Authority giving go-ahead to insurers for revision in commission for agents. The change in premium after modification will be limited to +/- 5 per cent of the existing rates. The increase will be in addition to the enhanced third party motor insurance rates, which too will come into effect from April.

New Textile Policy To Focus On Handicraft: The new textiles policy will focus on a three-pronged approach to boost the growth of Indian handicraft sector. “We are focusing on promoting premium handicraft products for the niche market along with preservation and protection of heritage and endangered crafts,” a senior Textile Ministry official said. The new policy aims to achieve $300 billion textiles exports by 2024-25 and envisages creation of additional 35 million jobs.

SBI Sees 10 Per Cent Job Losses: State Bank of India's (SBI) total workforce will see a reduction over the next two years, after the merger with six entities, owing to attrition, reduced hiring and digitisation, a top official has said. Currently, the it has around 207,000 workforce and the merger of six entities from 1 April will add approximately 70,000 employees. "Post-merger we will be at 277,000 people in SBI. This may come down to 260,000 by March 2019. So it may be less than 10 per cent," SBI managing director Rajnish Kumar said.

Kerala Minister Quits Over Sexual Harassment Charge: Kerala Transport Minister and Nationalist Congress Party (NCP) leader A K Saseendran resigned on Sunday, hours after a newly-launched private TV channel telecast the audio clip of a purported telephone conversation with sexual overtones, which it claimed was between the minister and a woman who had approached him for help. The 71-year-old, a member of the NCP’s national executive, is the second minister to quit Chief Minister Pinarayi Vijayan’s 10-month-old cabinet.

Automation: The Job Snatcher: Automation will affect the bottom of pyramid so much so that four out of every 10 jobs globally would be lost due to this by 2021. According to PeopleStrong chief executive and founder Pankaj Bansal, there will be a visible change in the next three-four years, first major effects will be seen in the sectors like manufacturing, IT and ITeS and security services and agriculture. "We predict that by 2021, 4 out of every 10 jobs globally would be lost because of automation. And of these, one in every four will be from India. That sums up to 23 per cent of job loss in India," Bansal said.

Pakistan Captures 100 Indian Fishermen: More than 100 Indian fishermen were allegedly apprehended and around 18 of their boats seized by Pakistan Maritime Security Agency off Jakhau coast in Gujarat’s Kutch district, a fishermen association official said. National Fishworkers’ Forum secretary Manish Lodhari said the fishermen who escaped have informed us about the incident. Earlier this month, the agency had arrested 115 fishermen and seized 19 boats.

Hate Crime Against Indian Man In Australia: An Indian man from Kerala was allegedly assaulted by a group of teenagers at a restaurant in Australia’s Hobart. Li Max Joy, who is pursuing a nursing course and working as a part-time taxi driver in Australia, alleged that five people including a girl hurled racial abuses like “you bloody black Indians” at him and assaulted him up at the McDonald’s restaurant at North Hobart, he said. The 33-year-old, who hails from Puthuppally in Kottayam district, said the incident took place when he went to the restaurant for a coffee after returning from a trip.

Venture Capital Industry In India Is A Flourishing One: When one looks at the kind of businesses that have been funded, one is led to wonder if there isn’t some merit in that view. Accolades and criticisms aside, one thing that emerges is this: Love them or hate them, you cannot ignore those VCs any more.

A New Fiscal Year: New Hope Or Old Worries? Whatever happens in the next one year in the Indian economy will have a tremendous bearing on the immediate couple of years thereafter. 2017-18 is crucial and eventful for many reasons, economic and political, and all of them pack disruptive potential –the kind which could roil the best calculations.

Why Care About Inequality? Widening income gaps at the regional level in India is an area of concern. In the real world, accumulated inequalities of outcomes can, and do, become embedded in inequalities of opportunity and access.

Bad Loan Resolution: It’s Now Or Never: Finance Minister Arun Jaitley recently announced that the government is working in tandem with RBI on a radical proposal to resolve the bad loans crisis in Indian banking. We can have healthy banks but who will they lend to? Let’s treat the sick banks and sick industries simultaneously.

China Benefits From Nuclear Disorder: China’s proliferation activities vis-à-vis Pakistan and North Korea have been unmasked on several occasions both before and after Beijing joined the nuclear Non-Proliferation Treaty in 1992. China’s acts of commission and omission in enabling Pakistan and North Korea to build nuclear arsenals pose twin threats to the post-Cold War nuclear order.

Lessons From Singapore: What Nation-Building Means For Counter-Terrorism: Counter-terrorism cannot be neatly bifurcated into policies and enforcement. The state and citizens cannot have divergent approaches in fighting terror. To avoid such a scenario, a strong, unified nation is needed-something India lacks, something Singapore created.