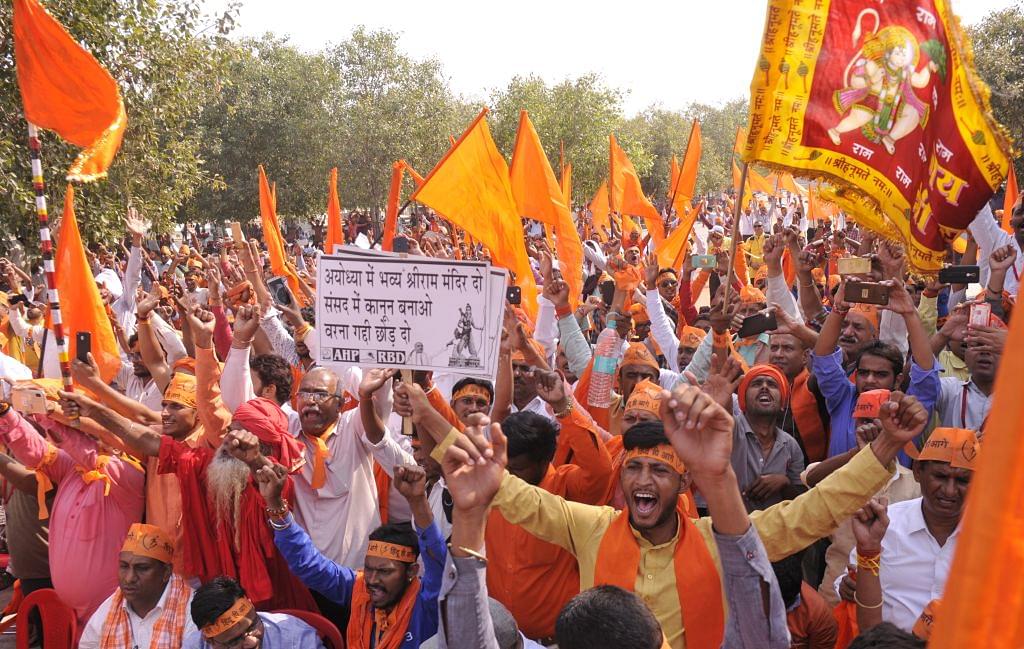 Iqbal Ansari, son of late Hashim Ansari who was the first litigant in the Ayodhya dispute case, has said that he would welcome any law brought by the government to facilitate the construction of a Ram temple in Ayodhya, as the preparations for a huge ‘Dharma Sabha’ to be held in Ayodhya on 25 November are in full flow.

Several organisations like the Shiv Sena, Vishwa Hindu Parishad (VHP), meanwhile, are active in mobilising people for the synod on 25 November. Religious fervour in the city is also at a high with several processions like “Chalo Ayodhya Sankalp Bike Rally” having taken place.

The Shiv Sena chief, Uddhav Thackrey, who had earlier demanded a law to implement the construction of the Ram Temple will reach Ayodhya on 24 November and stay up to 25 November in the presence of Mahant Gopal Das. Shiv Sainiks have booked most of the hotels in Ayodhya and around. Another party leader and Rajya Sabha member Sanjay Raut said that the role of Shiv Sainiks in temple construction will be crucial, reports Jagran.