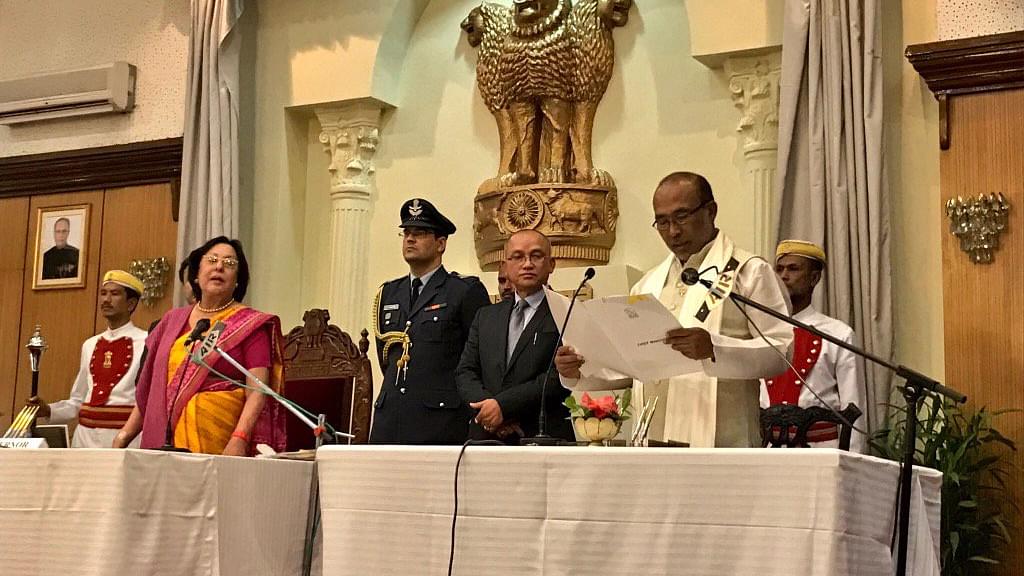 Biren Singh, a former Congressman who joined the BJP only in October last year, was sworn in as the Chief Minister along with his Council of Ministers. The BJP is forming a government in Manipur in alliance with small regional parties and is expected to reward them for their support with Cabinet posts.

Winning 21 seats, the BJP has claimed it has the support of 33 legislators in the 60-member Manipur assembly. It needs 31 for a majority. On the other hand, the Congress, which won the most seats, 28, could not gather the support of three more legislators to make the 31-seat majority mark. It has accused the BJP of using "money power" to form the government in Goa and Manipur.