Nandigram Incident Was An Accident And Not An Attack On Mamata, Say Police Findings Sent To EC: Report 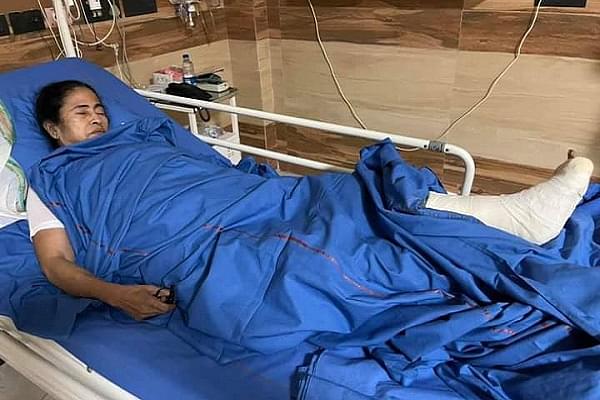 Preliminary police findings which have been submitted to the Election Commission have found that the reported injuries sustained by West Bengal Chief Minister Mamata Banerjee were a result of an accident and not an attack, The Print has reported.

The report claims that cops have drawn this preliminary conclusion based on video footage and eyewitness accounts of local cops and Trinamool Congress members.

The cops say that she sustained the injury when her car hit a small iron pole. Banerjee who was waiving to her supporters with the car door open sustained injuries after the door abruptly shut as a result of the impact.

Speaking to the media after the incident, Banerjee though alleged that she was attacked by four-five men who banged the car door to hurt her.

Trinamool Congress' Rajya Sabha MP Derek o'Brien has also filed a complaint with the EC, alleging that the incident was a deep-rooted conspiracy to kill Banerjee.

Her nephew Abhishek Banerjee claimed that this incident would severely dent BJP's electoral chances in West Bengal as he tweeted, "BJP, brace yourselves to see the power of people of Bengal on Sunday, 2 May".

Mamata Banerjee has now been admitted to the SSKM Hospital where she will reportedly be kept under observation for 48 hours for the injuries sustained.

Both the BJP and the Congress have termed Banerjee and her party's reactions as a drama.