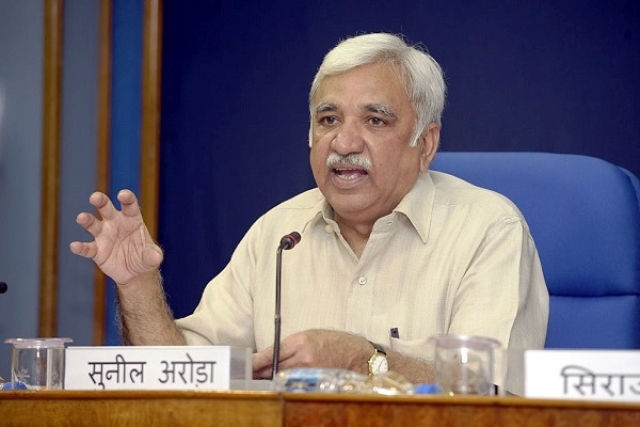 President Ram Nath Kovind has appointed Sunil Arora as the next Chief Election Commissioner (CEC). He will replace the incumbent CEC Om Prakash Rawat on 2 December, Times of India has reported.

The appointment of Arora by the President is in conformation of the convention of anointing senior most election commissioner as CEC.

Arora is currently the election commissioner of the Election Commission (EC). He was brought into the EC in September 2017 to fill in the vacancy created by retirement of the then CEC Nasim Zaidi.

As the new CEC, Arora will have a tenure of about two-and-a-half year in which he will be conducting the general elections for Lok Sabha in 2019.

A former Indian Administrative Service (IAS) officer from Rajasthan cadre, Arora has served in several key positions as a bureaucrat including information and broadcasting secretary, secretary in ministry of skill development and entrepreneurship and Indian Airlines’ managing director.

After his retirement from civil services in 2016, Arora was appointed as an advisor to Prasar Bharati. He was later appointed as the director general and chief executive officer of the Indian Institute of Corporate Affairs.