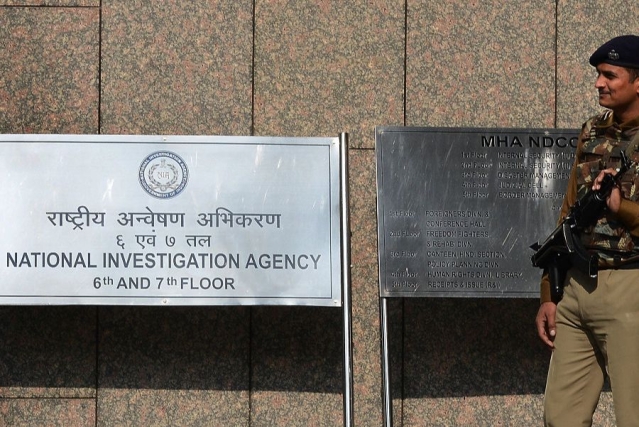 In a major breakthrough for the National Investigation Agency (NIA) in a recent narco-terrorism case, the apex law enforcement agency has nabbed a key accused from Srinagar, reports Economic Times.

Afar Ahmad Wani, a resident of Handwara and the branch manager of Baramulla Central Cooperative Bank, is the fourth person to have been arrested in the case which had been busted just last month. The successful breakdown of the drug syndicate then had led to a seizure of 21 kilograms of heroin and over Rs 1.35 crore in cash from the arrested members of the syndicate.

It should be noted that during the arrest of Wani, the NIA had further seized a cash amount to the tune of Rs 3.3 lakh along with heroin weighing 3.2 kilograms from his house. Wani had been on the run since 11 June, since the syndicate was bust.

The investigations have revealed that the syndicate members used to smuggle drugs and other psychotropic substances in large quantum from the Pakistani end of the Line of Control (LoC), and then use the proceeds from their sale to finance the dark machinations of Pakistan based anti-India terror organisation Lashkar-e-Taiba (LeT) in the Kashmir Valley.