Nun Who Protested Against Rape Accused Bishop Franco Refuses To Withdraw Police Complaint, Says She May Be Killed 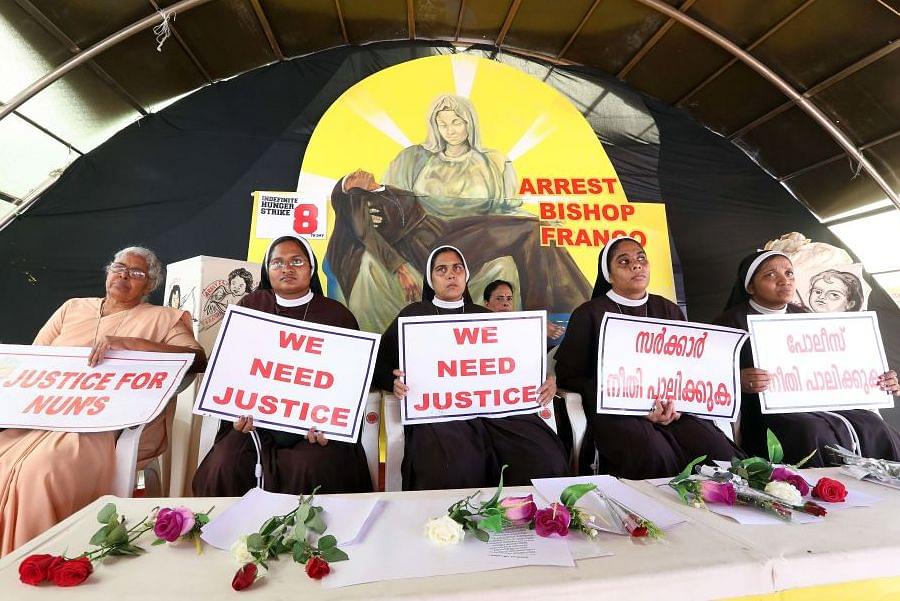 Sister Lucy Kalappura, who is known for leading public protests against rape accused Bishop Franco Mulakkal, has said that she suspects she may even be killed by her congregation as she continues to defy their orders trying to remove her, reports The Indian Express.

In the latest confrontation between the nun and the Franciscan Clarist Congregation (FCC), the latter gave her a showcause notice telling her to take back her police complaint against a superior nun and submit an apology regretting the same.

Sister Lucy said she has no intention of withdrawing the case, and instead the congregation should apologise for continuously disparaging her.

After a recent order expelling her from the congregation, Sister Lucy has accused her superior nuns of forcefully trying to get rid of her from the premises. At this stage, she said she even believes that her life may be under threat.

“I may be killed. I have to die one day anyway. An unnatural murder maybe what’s destined for me. FCC and its province in Mananthavady will be responsible for it. I will always be here at the convent in Mananthavady. I have also asked for protection from the police. But they have not done anything so far,” said Sister Lucy.