‘One Village One Pond’ Initiative: Over 400 Water Bodies Revived In UP’s Jhansi District In Past Four Months 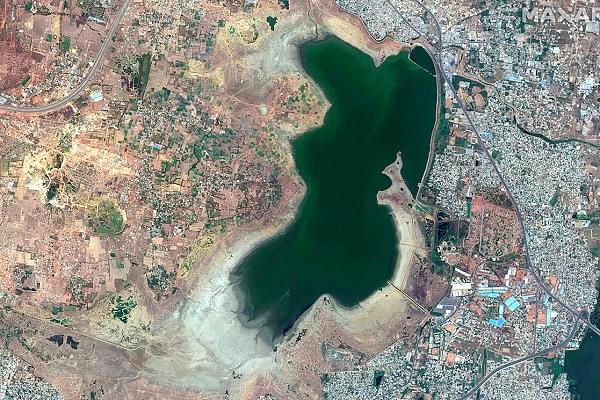 An aerial shot of a water body

As a part of the 'One Village One Pond' initiative, Jhansi district in Uttar Pradesh has revived 406 ponds in the past four months.

The initiative has also provided employment to about 11,000 migrant workers who had returned to their villages during the pandemic.

According to official sources, there are 496 village Panchayats in Jhansi and the work on the remaining 90 ponds is still going on. The work is likely to be completed by the end of this month.

Andra Vamsi, District Magistrate, Jhansi, said, "We are giving finishing touches to the remaining ponds. The idea behind this was to have a pond in good condition in each village Panchayat of the district."

The work was carried out under the Mahatma Gandhi National Rural Employment Guarantee Scheme (MGNREGS).

Of the 11,000 odd migrant workers, who came back during the national lockdown, a large number were employed to revive the water bodies.

"Till now, about 1.12 lakh people in the district have received employment under the MGNREGS and each worker is paid Rs 182 per day. The administration plans to spend Rs six crore on this initiative," he said.

According to Vamsi, the revival of water bodies would help in improving the ground water level in drought-hit Bundelkhand.

The district merely has one source of water-the Betwa river -- and now the people would have water for irrigation and other purposes from these water bodies, he said.