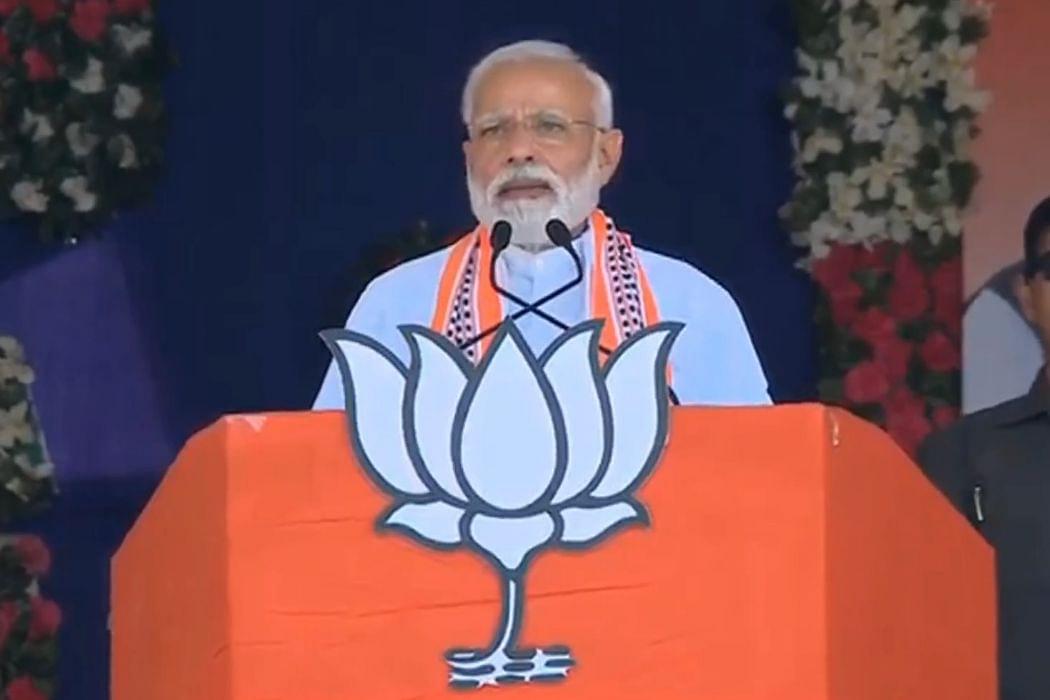 Prime Minister Narendra Modi on Wednesday (10 April) said that the Congress party was unnerved at the success of his government over past five years, reports Hindustan Times.

According to the report, attending a rally in Junagarh of Gujarat, the Prime Minister alleged that the Congress has harboured “hatred towards Gujarat”. He said the “Nehru-Gandhi family of the Congress” first targeted Sardar Patel and Morarji Desai before “using all kinds of abuses” at him.

“The Nehru-Gandhi family is rattled seeing that this chaiwala has completed five years with full strength,” Prime Minister Modi was quoted in the report as saying.

“One needs to see our track record and their (Congress and its allies) tape record. Our track record is of fight against terror, focus on development, and taking up the cause of the poor. But the Congress’s tape record plays only one song, Modi Hatao (Remove Modi),” he said. “They don’t have any other agenda except Remove Modi,” he added.

As per the report, Prime Minister also made a strong pitch for repeat of 2014 performance of BJP, when the party had swept all the 26 Lok Sabha seats in the state.

Gujarat will go to the polls for all parliamentary seats in the third phase of the Lok Sabha elections on 23 April.