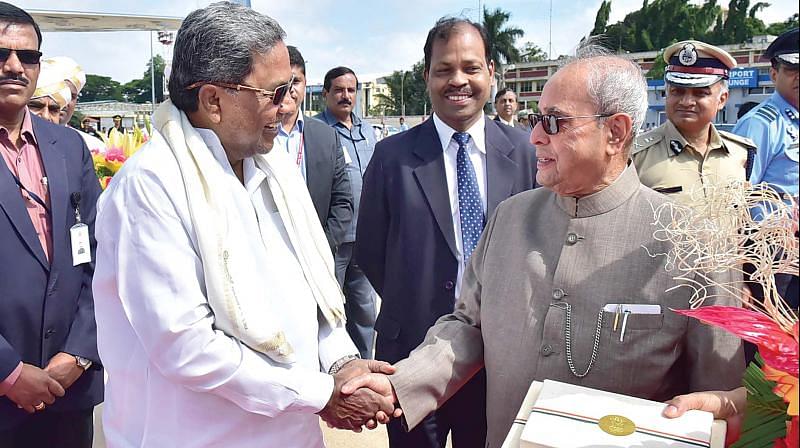 Just days ahead of his last day in office, President Pranab Mukherjee has cleared an act and an ordinance passed by Karnataka state legislature pending with him for nearly a year. The move comes months ahead of elections in Karnataka.

Of the two, the law cleared by the president will allow a 24 per cent reservation in government contracts for Scheduled Castes (SCs) and Scheduled Tribes (STs), a strong vote bank in the state that Congress under Chief Minister Siddaramaiah is eying as its ticket to a convenient majority in the upcoming elections.

The ordinance cleared by the president is focused on wooing people of the Karnataka coast – a stronghold of the Bharatiya Janata Party. It will allow buffalo races, called Kambala, a cultural tradition in Karnataka’s coastal areas.

According to a source quoted by the Economic Times, Siddaramaiah had requested the president to clear these two laws during the inauguration of the South Bengaluru Metro line on 17 June. Siddaramaiah also wrote a letter to Union Home Minister Rajnath Singh, listing eight laws pending before the centre. The laws cleared by Mukherjee were a part of the list sent to Singh.

"The remaining laws, however, cannot be expedited by the president, as they need clearances from other ministries. We have just sent the letter to remind the centre that these laws have to be cleared," an officer explained.