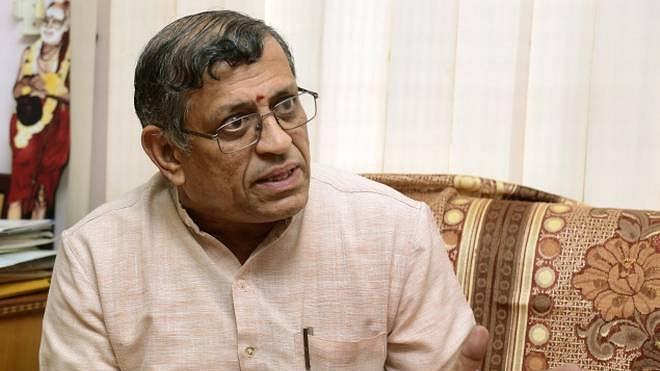 Pro-Rashtriya Swayamsevak Sangh (RSS) thinker Swaminathan Gurumurthy has been appointed as a part-time director of the Reserve Bank of India (RBI) Central Board, Economic Times has reported.

Gurumurthy has been appointed under Section 8(1)(c) of the RBI Act 1934, for a period of four years. A chartered accountant by profession, he has been a vocal supporter of demonetisation and has criticised the RBI’s policies on several occasions in the past. He has tweeted that this has been his first appointment as a director and he has accepted it in the public interest.

Story of my appointment as director RBI. This is the first directorship ever. Never accepted any private or PSU directorship. Not even audit of PSUs or Pvt cos. Wanted to be free to speak. But when pressure built up I am needed to do something in public interest I had to accept.

The RBI Central board is a forum for discussions and not a decision making body. However, policy decisions are likely to go through the body.

Along with S Gurumurthy, founder of the Non-Governmental Organisation (NGO) Sahakar Bharati, Sathish Marathe has also been appointed as a director of the RBI central board. Sahakar Bharati is an RSS-affiliated NGO that works to support cooperatives in India.

Sathish Marathe has earlier served as a chairman of The United Western Bank Ltd. Currently he is serving as board member of Thane Bharat Sahakari Bank Ltd. and Rajkot Nagarik Sahkari Bank Ltd. In his youth, Marathe was associated with the Akhil Bharat Vidyarthi Parishad (ABVP) and has served as the ABVP’s treasurer for four years.