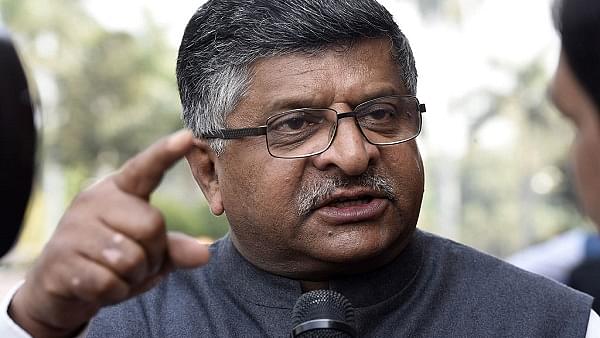 Its is the latest development in the war of words between the Government and the opposition on the Rafale deal,

“Rahul Gandhi is working as a lobbyist for competitive aircraft supplier companies,” Prasad said. Referring to Gandhi, the Minister added, “His statements are completely irresponsible. Someone who is already on bail along with his mother must not teach us. We just want to ask him as to how he got access to Airbus email. Airbus is already being investigated because of Air force supply in previous government.”

Citing a media report, Rahul Gandhi had launched a new attack on the NDA government alleging that PM Modi acted as a “middleman” for industrialist Anil Ambani in the Rafale deal. He also accused the Prime Minister of violating the Official Secrets Act (OSA) and participating in “treason” for which “action must be initiated.”

“He is playing with the national security and is working as a lobbyist for foreign companies. But we will never submit to such false campaign. We will strengthen the air force,” noted Prasad.

The Comptroller and Auditor General (CAG) has submitted to the government its report on the acquisition of Rs 59,000 crore Rafale fighter jets from France. The report is likely to be tabled on the floor of the Parliament today (12 February).

The CAG report has reportedly gone into the comparative evaluation of the Rafale Jets but due to the concerns raised by the Defence Ministry has avoided any mention of the price of the jets and has mentioned all its estimations in terms of percentage.