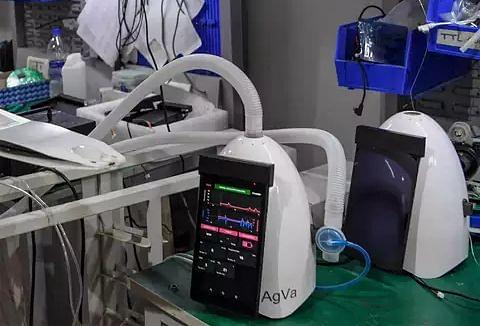 In a shocking incident, a COVID-19 patient in Rajasthan's Kota district died after his family disconnected the ventilator to plug in the air cooler to combat the scorching heat.

The incident happened on June 15 in the Maharao Bhimsingh Hospital (MBS) hospital.

A committee was formed soon after the death was reported, which will submit its report on Friday at 4 p.m., hospital Medical Superintendent Naveen Saxena told IANS.

He said, "We have set up the committee to investigate the incident based on the primary information. The committee includes deputy superintendent of the hospital, nursing superintendent and CMO. We will look into the matter and then shall explore further action for a need to go to the police."

The family members of the COVID-19 patient, who came to meet him in the MBS hospital unplugged the ventilator and had put on the cooler switch which they had brought from outside. The ventilator worked for some time on the battery but later it collapsed and the patient turned critical.

The doctors were reported of the patient's critical condition who came rushing and did all they could do to save his life, but the result was unfavourable and the patient died.

The relatives, on the other hand, attacked the resident doctors after the patient died.

Doctor Varun, on duty, submitted a written complaint to the officials, alleging that the patients' relatives misbehaved with the staff. Other resident doctors also supported him and boycotted work very briefly, but then later resumed work.