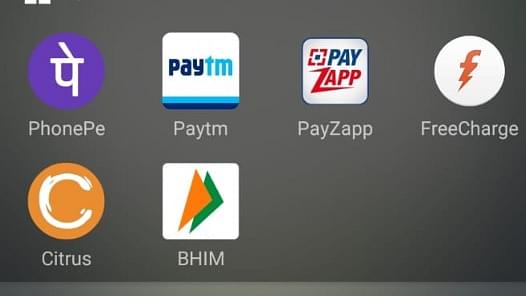 As per data released by the Reserve Bank of India on Friday (7 September), mobile wallet transactions touched a record high of Rs 15,202 crore in July, Mint has reported.

This, as a result, was a 4 per cent rise from the July figure of Rs 14,632 crore. According to the report, the number of transactions also saw a growth of 5 per cent to 325.28 million.

Such a rise in the number and amount of transactions comes despite the strict know-your-customer (KYC) norms which a user needs to follow since 1 March. As per the chief executive of Atom Technologies, Dewang Neralla the compliance was made possible due to incentives such as cashbacks.

It was reported earlier that Mobile payments rebounded in May from the setback received in March following compulsory KYC requirements. Transactions through mobile wallets had increased 21 per cent in May compared with April.

The usage of mobile wallets might increase further, as and when the RBI issues guidelines for inter-wallet transactions which would bring them at par with banks.

A record high was also seen in debit and credit card transactions, which rose from Rs 3.62 lakh crore to Rs 3.64 lakh crores in July, thereby registering a 3.6 per cent growth. The volume also saw an all-time record high number of 129.3 crore.