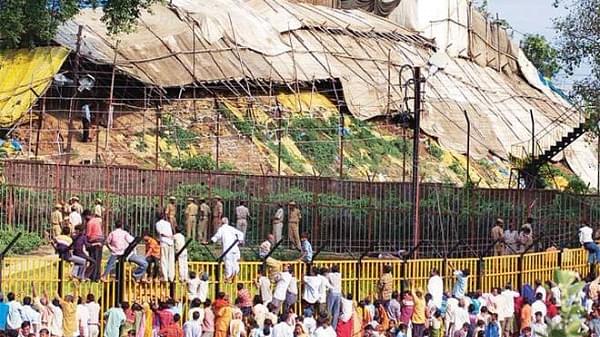 Akhil Bharatiya Sant Samiti (ABSS) has demanded a law for construction of the Ram Temple in Ayodhya on Sunday (5 November 2018), The Hindu has reported. It is an umbrella organisation of more than 3,000 Hindu monks and ascetics from 127 sects.

The ABSS has also decided to hold rallies in Ayodhya, Nagpur and Bengaluru on 25 November, culminating in a fourth in New Delhi on 9 December in support of legislation on Ram Temple. In a statement released by the outfit, devotees were asked to light lamps for the successful construction of the temple.

Last week, the Bharatiya Janata Party’s (BJP) Rakesh Sinha had asked whether political parties will support a private member bill on Ram Mandir. The MP had criticised the Supreme Court for not taking a decision on the contentious matter even as it continues to resolve other religious matters brought before it in recent times.

Also Read: Why A Temple, And Only A Temple Should Come Up At The Ram Janmabhoomi Site