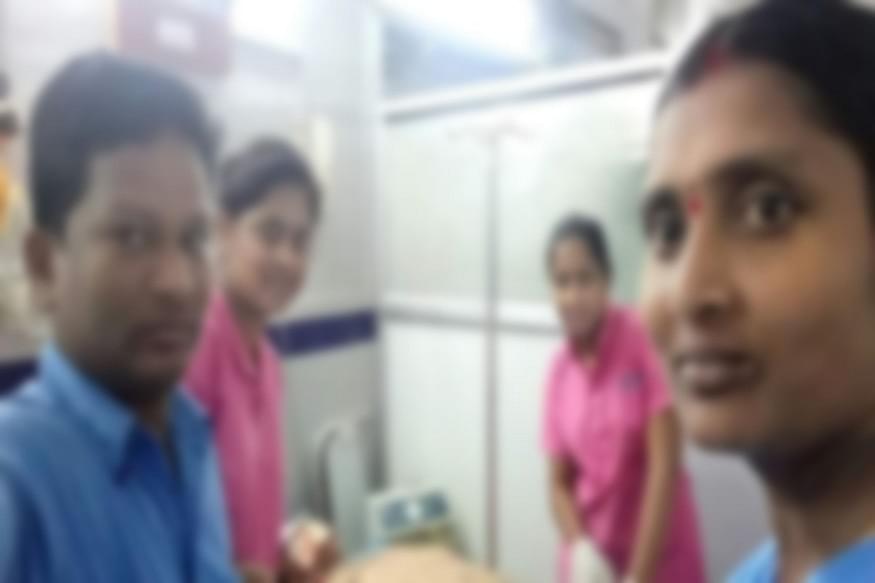 The selfie clicked by the four hospital employees which has gone viral.

Four staff members of Kamineni Hospital were dismissed and a police complaint filed against them after the selfie they took with the corpse of Nandamuri Taraka Rama Rao’s son and actor-politician Nandamuri Harikrishna, went viral on social media. Harikrishna was killed in a road accident on 29 August.

A male nurse in the casualty ward had shared the selfie with his friend, who in turn forwarded it to his other contacts. The pic eventually went viral.

It is understood that after doctors declared Harikrishna dead and stepped out of the casualty ward, the four staffers took a selfie with the body.

“The incident caused us much embarrassment. Whatever good work we did to resuscitate Nandamuri Harikrishna after he was brought to the hospital was nullified by the shameful act of our lower-rung staff. Our doctors performed CPR on him continuously for almost two hours to revive him and after their attempts failed, they came out of the casualty room. At that time, nurses and staff assisting the doctors and cleaning blood on his body took a selfie. We were shocked to learn about this,” the Times of India quoted Kamineni Hospital Deputy General Manager Sridhar Reddy as saying.

Earlier, the management of the hospital had promised to take action against the employees for infringing on the privacy of the patient.