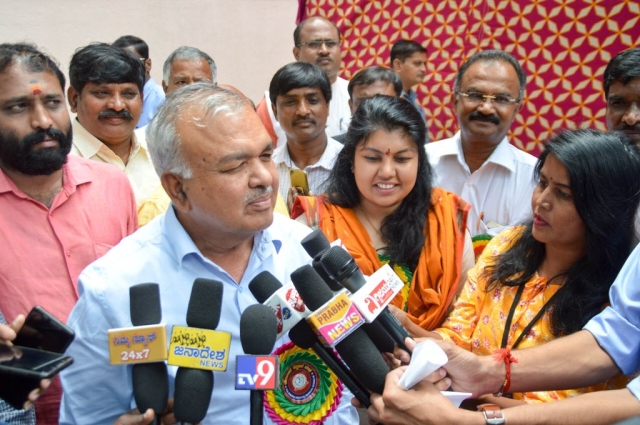 Miffed over the Congress party adopting “pick-and-choose” policy, Ramalinga Reddy, Karnataka’s former home minister hit out at his own party for ignoring senior leaders. After the announcement by the Coalition Coordination and Monitoring Committee that the Cabinet is going to be expanded following the end of Belagavi session on 22 December, Reddy addressed the media slamming the party for not giving him a Cabinet berth.

A four-time minister, Reddy has been quoted by Deccan Herald as saying, “Apparently, they wanted to give newbies a chance in the Cabinet, so some seniors were left out. But R V Deshpande, K J George and D K Shivakumar have been ministers in the past. They’re eligible alright, but this has become pick-and-choose. It should be that either all seniors get it, or nobody gets in.”

He added that ministers should be based on seniority and not on caste or religion. Apart from him, M B Patil and H K Patil have not been given any portfolios as well. Ramalinga Reddy represents BTM Layout Assembly Constituency in Bengaluru.

Former chief minister Siddaramaiah, however, was quoted as saying, “Congress president Rahul Gandhi has given us an appointment on 21 December. We will talk to him, the JD(S) will talk to its president H D Deve Gowda and the expansion will happen on 22 December.”