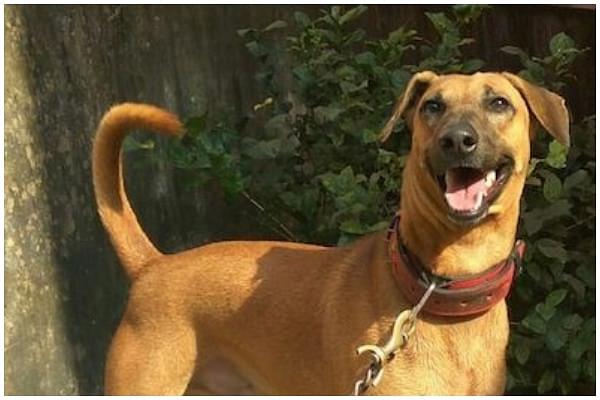 Image courtesy dogspot.in Combai dog breed found in the foothills of Western Ghats of South India to be used by CRPF

Central Reserve Police Force (CRPF) have decided to take Combai, a dog breed from Tamil Nadu known for its fearlessness and loyalty to its owners. These native dogs will now be part the Dog Breeding and Training School of the CRPF in Bengaluru on a pilot basis, reports The Hindu.

Aravindraj, who has been breeding Combais for many years and had given two puppies to CRPF, said, “I have 30 dogs, and my purpose is to popularise the breed. I prefer to sell dogs only to those who approach me with references from my friends. I have given a male and a female puppy to the CRPF. I will give one more female puppy to them.”

Combais are powerfully built and are found in the foothills of Western Ghats of South India. They are famous for boar hunting and guarding. The CRPF dog training facility is where dogs are trained in sniffing, tracking and assault.

At present, the CRPF depends on foreign breeds like has the Belgian Malinois but a concerted effort to train local breed has been going on for a while.

The CRPF have found Combai breed of dogs equally adept at guarding and hunting and as per reports, it is a one-man dog when it comes to obedience. “Its temperament suits us”,Arun Kumar, AC (Training Officer), CRPF, and a native of Erode, explained.