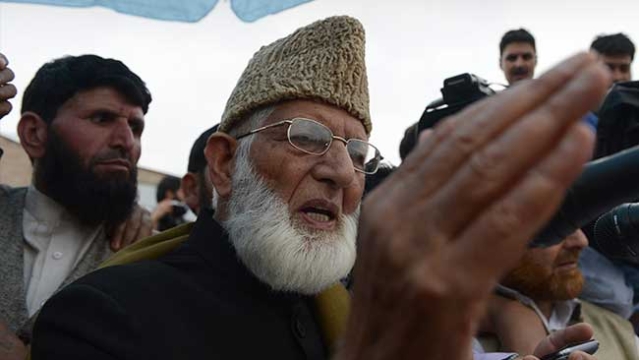 The National Investigation Agency (NIA) has detained Altaf Ahmed Shah, son-in-law of Pakistan-backed separatist leader Syed Ali Shah Geelani, and two other members of the faction of Hurriyat Conference led by him in connection with funding received by separatists for carrying out subversive activities in Kashmir Valley.

The two other members have been identified as Ayaz Akbar and Mehraj ud Din Kalwal. They will be interrogated by the NIA in New Delhi over their involvement in receiving funds from Pakistan to sponsor unrest in Kashmir.

Earlier this month, the NIA raided 23 locations in Kashmir, Haryana and the national capital in connection with a case of alleged funding received by separatist groups for carrying out subversive activities in the Valley. The agency conducted search at the residences and offices of the separatist leaders.