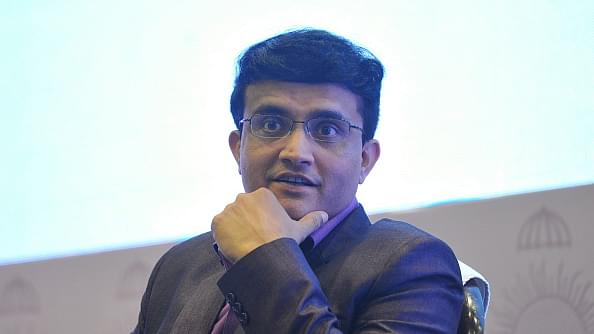 During the celebrity chat show, ‘Koffee with Karan’, Hardik Pandya’s comments over women were termed as misogynistic and sexist by many on social media, after which it was reported that Pandya and KL Rahul, who was also present on the show faced a two-match ban based on CoA recommendations.

The duo was then recalled from the ongoing tour in Australia and suspended until the probe ended. Pandya’s punishment did not stop there as he reportedly also lost his Khar Gymkhana membership.

The President of the Cricket Association of Bengal said that people make mistakes and everybody needs to move on.

Ganguly was at the trailer launch of the upcoming movie, “22 Yards” along with the cast Barun Sobti, Geetika Tyagi, Chaiti Ghoshal and director Mitali Ghoshal.

While responding to a question of modern cricketers giving statements in public, he said, “I haven't watched that episode. I watch 'Comedy Nights with Kapil'. Jokes apart, I feel that you can't generalise that only modern-day cricketers should behave responsibly. People make mistakes. Let's not get too far into that.”

Ganguly adds, “I am sure whoever has done it will realise that and come out as a better person. We are all human beings. We are not machines that everything you put in comes out perfect. You have just got to live life and let others live. They are responsible people.”

Speaking about the influence of cricketers on the society, Ganguly said that cricketers may be role models and are under pressure to perform. Various things happen in life, and like everybody, they need to move on and ensure they don’t repeat mistakes.