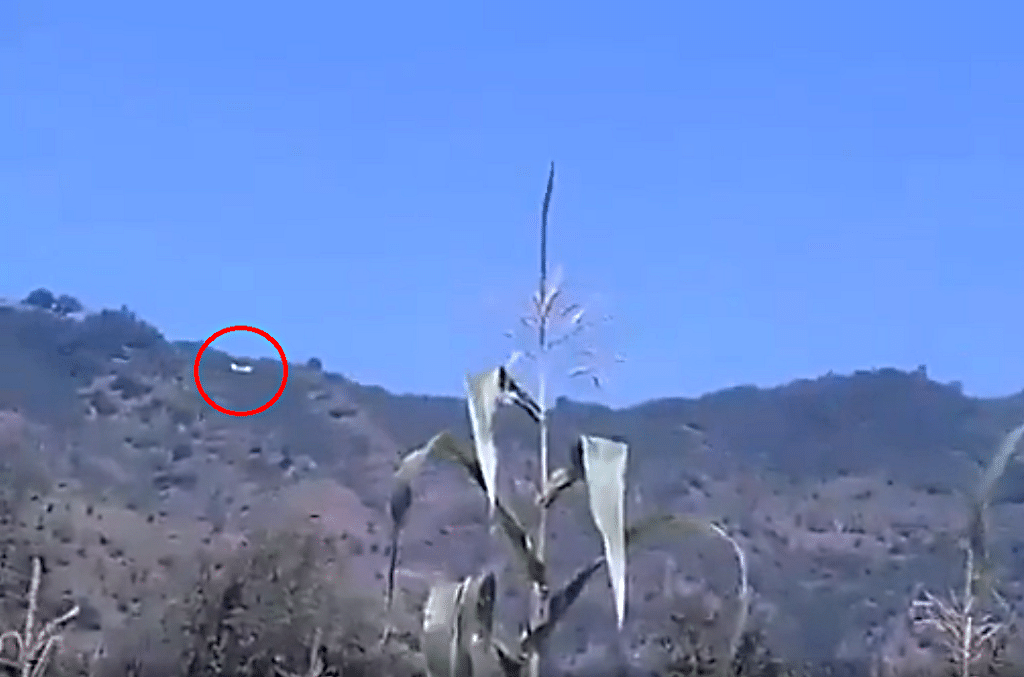 Screengrab from the video released by the Indian Army.

When the Indian Army reported that a Pakistani chopper had violated Indian airspace along the Line of Control (LoC) in the Pir Panjal Valley in Jammu and Kashmir's Poonch district, the Indian Air Force (IAF) launched two fighter jets to deal with an emergency situation, The Indian Express has said in a report.

According to the daily’s report, the IAF stuck to its Standard Operating Procedure in this case. India and Pakistan reportedly have an agreement that they would not allow any fixed-wing aircraft to come within the 10km range of the LoC and a rotary-wing aircraft within the 1km range of the ceasefire line. However, the army said that Pakistan violated this understanding by 700 meters.

LoC properly on the boil now. Pakistan helicopter violates airspace in Poonch sector at 12.10pm. Exchange of fire during the violation too. Video via @ANI: pic.twitter.com/cb5TBJnGBe

“The air violation was noted around 12.10 p.m. and committed by a Pakistani helicopter in the Poonch sector. It was a white helicopter and was flying very high. The air sentries at the forward location engaged it with small arms,” said the Jammu-based defence spokesman of the Indian Army.

The head of the ‘government’ installed by the Pakistan Army in Occupied Kashmir, Raja Farooq Haider, was onboard the chopper. Haider was reportedly travelling to offer condolences to an acquaintance with two other ministers when the chopper entered Indian airspace and was fired at by the Indian Army using small weapons. According to the army, it turned back into PoK when firing intensified.

“The bullets did not hit the helicopter and the PM is safe,” officials in PoK told Pakistan’s media, according to reports.

Pakistani High Commission in New Delhi has not confirmed the incident.