Unlike The Movie, Kedarnath Pilgrimage A Super Hit: Record Number Of Pilgrims Visit The Holy Shrine In 2018 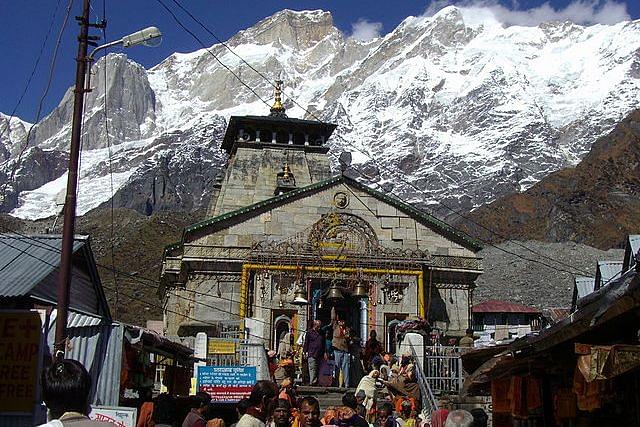 In the year 2018, Shri Kedarnath, one of the holiest shrines of Hindus, has been in news for not only drawing huge number of pilgrims but also due to the controversy surrounding a namesake Bollywood movie, ‘Kedarnath’, The Tribune has reported.

According to the report, the Hindu pilgrimage site, which was devastated by the 2013 flash floods, saw a major redevelopment effort monitored by Prime Minister Narendra Modi.

The 2013 flash floods had resulted in the number of pilgrims visiting the temple town dropping from 3 lakh to just 40,000 in 2014.

With the passage of time and major redevelopment effort, the number of pilgrims again started increasing. In the year 2018, the pilgrims count increased to a record 7 lakh before the portals of the shrine were closed in November this year.

The year-end, however, saw the Bollywood movie “Kedarnath” making the headlines in the news. The movie, which was set against the backdrop of Kedarnath tragedy, saw protests from local Hindu organisations for promoting ‘love jihad’.

A Public Interest Litigation (PIL) was also filed in the Uttarakhand High Court to stay the release of the movie but the court refused to intervene in the matter and asked the petitioner to approach Rudraprayag district magistrate with his grievances.

Following the protests by the Hindu outfits, the movie screening was banned in seven out of state’s 13 districts.