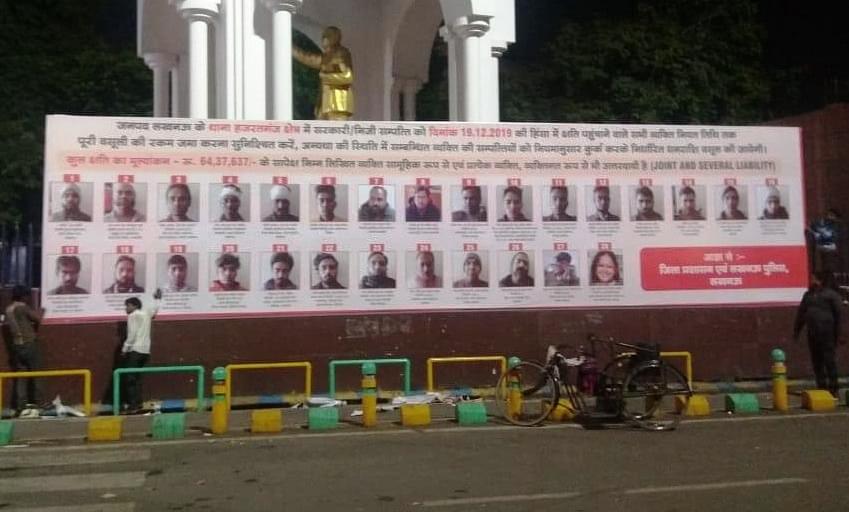 The Supreme Court on Thursday (12 March) referred the Uttar Pradesh government’s appeal to retain posters naming and shaming anti-CAA rioters to a larger bench while refusing to stay an Allahabad High Court order directing their removal, ANI has reported.

This matter will be heard in detail by the three member bench.

During the hearing Solicitor General Tushar Mehta while appearing for the Uttar Pradesh government argued that a person found wielding a gun during the protest and inciting violence cannot claim a right to privacy.

Senior lawyer Abhishek Manu Singhvi while appearing for former IPS officer S R Darapuri - who has been featured on the posters, argued while citing cases of child rapists and murderers that, “Since when and how do we have in this country a policy to name and shame them? If such a policy exists, a man walking on the streets or roads may be lynched”.

After hearing the arguments the two member bench comprising of Justices U U Lalit and Aniruddha Bose observed that the matter would need further consideration by a bench of sufficient strength, which will begin hearing the matter next week.