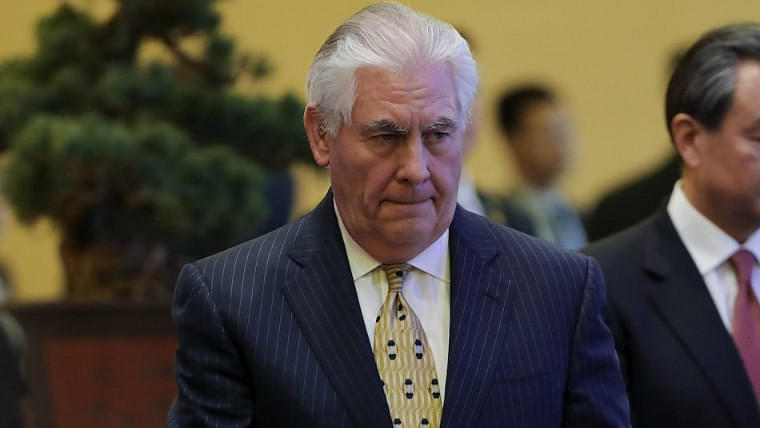 Tillerson will deliver his remarks on 'Defining Our Relationship with India for the Next Century' at the Centre for Strategic and International Studies (CSIS), a top American think tank, a statement said.

Secretary of State Rex Tillerson will deliver remarks on the US-#India partnership at @CSIS on October 18. https://t.co/hj2SFsa7EZ

His first India policy speech after becoming the top American diplomat early this year comes ahead of President Donald Trump's Asia visit which will take him to Japan, South Korea, China, Vietnam and the Philippines.

Tillerson had a meeting with External Affairs Minister Sushma Swaraj in New York last month on the sidelines of the UN General Assembly meeting.

After assuming office, Trump has committed himself to strengthening the US relationship with India.

Last week, Finance Minister Arun Jaitley met Treasury Secretary Steven Mnuchin and Commerce Secretary Wilbur Ross during his visit to the US which concluded today. He raised some key issues of concern to India, including on H-1B visas.

Early this month, the first consignment of American crude oil reached India and Indian petroleum companies plan to purchase crude oil worth USD 2 billion from the US in the next one year.

India has also placed a large defence order with the US worth billions of dollars. (PTI)